Officials were initially alerted of the problem after a 6-year-old boy was hospitalized with the amoeba on September 8, and later died.

Texas officials found naegleria fowleri, a deadly brain-eating microbe, in the water supply of Brazosport Water Authority (BWA) on Friday evening, compelling the Texas Commission on Environmental Quality to enforce a water warning. Officials have now lifted the advisory for all cities as of Saturday, except for one.

The Do Not Use Water Advisory prior to the lifting was initially issued for more than 27,000 residents of Lake Jackson, Brazoria, Richwood, Freeport, Angleton, Oyster Creek, Clute, and Rosenberg, Texas, and also for the Dow Chemical plant in Freeport and the Clemens and Wayne Scott Texas Department of Criminal Justice corrections facilities. Since, every area mentioned has been cleared, except Lake Jackson.

Lake Jackson officials additionally have now issued a disaster declaration, advising residents to abstain from using their water until the BWA completes a thorough flush of its water system. Officials were initially alerted of the problem after a 6-year-old boy was hospitalized with the amoeba on September 8, and later died.

The transmission was traced back to either a water fountain “splash pad” at the Lake Jackson Civic Center, or via water emitted from a hose at the child’s home.

Tips for Opening a Successful Bar

If you’re looking to open a bar in the near future, be prepared to do a lot of work to make sure you get as much business as possible.
byTUT Staff 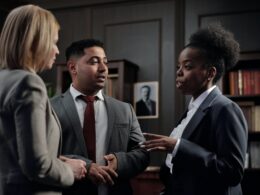 5 Reasons You Should Hire a Personal Injury Lawyer

If you are injured at the workplace or due to an accident caused by someone, you are eligible…
byBrennen Jones

Inspiration Strikes! How to Turn an Idea into a Product

Did you know that 95% of inventors don’t make profits from their ideas? If you have an idea…
byTUT Staff