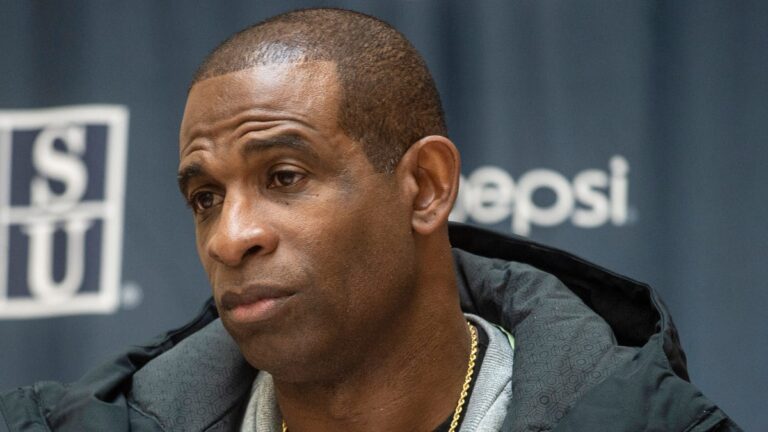 The Hall of Famer started last fall and began accumulating his staff in grounding for the season after the SWAC moved all of its football games to the spring. With the start date of the season on February 21, the Tigers are currently preparing.

But Coach Prime was a bit unfocussed on Monday as he had some other things on his mind.

His truck was broken into in the wee hours of the morning at the hotel. While Sanders isn’t too worried about the broken window or most of what was stolen, he did put out a call to the good people of Jackson, Mississippi: Find my boombox.

Sanders is offering an undisclosed reward for anyone that can find his stolen boombox, which he says holds a special sentimental value to him after it was given to him by a friend for his birthday. It is a reasonable request from the legend, who closed his message by saying, “I love you Jackson, I appreciate you. There will be a reward. Please, find my boombox. Streets, please, find my boombox. God bless ya.”

We’ll see if Sanders’ missing boombox turns up and it seems he is trying to take the diplomatic approach to this manner. It’s also good to hear that the Tigers had a great practice, one that would be better if that boombox happened to turn up soon.