Cyclosporiasis outbreak usually happen in the tropics but has hit the U.S.

More than 275 people are suffering from the effects of a mysterious stomach bug.

The mysterious bug is cyclospora, which is a parasite that causes diarrhea, stomach cramps, and other flu-like symptoms. According to ABC News, cyclospora can act like a stomach bug, but it stays in your system rather than going away after a few days.

The Center for Disease Control and Prevention reported that as of Wednesday, the CDC had been notified of 285 cases of cyclosporiasis. As of Thursday, cyclosporiasis was found in 11 states. Iowa leads the way with 138 reported cases. Cyclospora made quite an impact on Nebraska and Texas as well, with 70 and 66 cases respectively. Cyclospora were also found in Connecticut, Georgia, Illinois, Kansas, Minnesota, New Jersey, Ohio, and Wisconsin.

According to Huffington Post, at least 10 people were hospitalized by this parasite.

ABC News said it is odd to see cyclosporiasis because the cyclospora parasites are typically found in tropical regions, such as Latin America.  However, people can still acquire the virus through the consumption of contaminated food or drinks.

History suggests to examine fresh produce imported from other countries, according to an AP report. The Iowa Health Department revealed that their investigation has shown fresh vegetables are most likely the source of this illness, CBS reported.

The CDC and the U.S. Food and Drug Administration are both conducting their own investigations as well. At this time, the CDC and FDA have not yet determined whether or not all of the cyclosporiasis cases are linked in any way.

According to CBS, most of the illnesses from this outbreak occurred from mid-June through early July.

The FDA said the time becoming infected and becoming sick is usually one week. The FDA stressed to “thoroughly wash fresh produce”, and to wash your hands and utensils before eating.

Poll: Worst Apology of the week

Hezbollah’s assets are to be frozen

The STI Gonorrhea is "clapping back" to usual treatments.
byCarlitta Howard

The DASH Diet Ranks Top in the US

The DASH Diet ranks top in the US. The diet beat other popular weight loss programs such as Weight Watchers and the Dukan Diet.
byBernadette Otieno 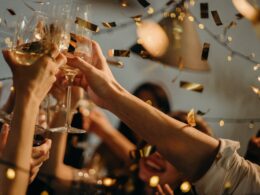 When you hear the words “the party lifestyle,” you probably know what that means.
byTUT Staff

Fun Exercises to do During the Summer

Summer is an exciting time. Ladies can wear sunglasses, walk-in cute sandals, and go for beach parties. However,…
byTUT Staff