Hip-hop fore father, Russell Simmons, released a statement Monday calling for an elimination of the words “bitch”, “ho”, and “nigger” from the entire recording industry, calling them “misogynistic” and “racially offensive,” and that they should be considered “extreme curse words.”

Simmons, co-founder of Def Jam Records and Phat Farm, called for voluntary restrictions on the aforementioned words, but that the ban of the words was not about censorship.  Simmons feels that it should come from a sense responsibility.

“There should not be any government regulation or public policy that should ever violate the First Amendment,” said Simmons and Dr. Benjamin Chavis, co-chairmen of the Hip-Hop Summit Action Network (HSAN), said in a statement. “With freedom of expression, however, comes responsibility.

“We recommend that the recording and broadcast industries voluntarily remove/bleep/delete the misogynistic words ‘bitch’ and ‘ho’ and the racially offensive word ‘nigger’,” they continued. “These three words should be considered with the same objections to obscenity as ‘extreme curse words’.”

The statement is different from what Simmons and Chavis said back on April 13, a day after Imus’ show was canceled, where they said offensive references in hip-hop “may be uncomfortable for some to hear, but our job is not to silence or censor that expression.”

The Imus controversy has been a hot topic in the U.S., since it took place. While black leaders say that the words should be suppressed, artists argue it’s their right, citing freedom of expression.

“Our internal discussions with industry leaders are not about censorship. Our discussions are about the corporate social responsibility of the industry to voluntarily show respect to African Americans and other people of color, African American women and to all women in lyrics and images,” the statement from Simmons and Chavis said on Monday.

The network recommended the formation of a Coalition on Broadcast Standards that would consist of leading executives from music, radio and television.

Have a Seat with Konan! 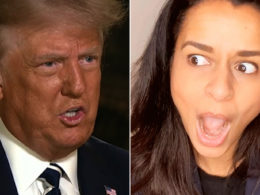