Usher & Tameka’s Divorce is For Real

Despite the reports that went out yesterday, that Usher and Tameka were not splitting up, the truth is,…

Despite the reports that went out yesterday, that Usher and Tameka were not splitting up, the truth is, the two are heading for divorce.

Usher may have raced to his wife Tameka’s side when she apparently suffered cardiac arrest in February in Brazil, but according to sources, that was a brief reunion in an otherwise troubled marriage.
In fact, Usher is expected to file for divorce early next week, according to an insider.

But a source who knows Tameka Foster Raymond says the stylist is still referring to Usher as “my husband” and isn’t about to call it quits. “She’s been in his life for so long. She’s very loyal to him,” says the source who knows her. “Tameka is the type of woman to stick it out.”

Separate Lives
The R&B star, 30, and his wife of nearly two years, 38, have been leading separate lives for months, say sources. “A lot of that is because Usher has been in Vegas recording his new record,” explains one source. “He’s done his best to keep Tameka away.”

Even while he’s home in Atlanta, a source who knows the couple – who have two sons, Usher Raymond V, 18 months, and Naviyd, 6 months – says the pair often fought.

“Usher has not been staying at home with her much lately,” says the source. “I rarely saw Usher around even before there were any children born.”

Troubled Romance
The marriage was filled with drama from the start. The couple canceled their July 2007 wedding on the morning of the big day. At the time, sources blamed their differing ideas for the event, as well as family matters: Usher’s mother, Jonetta Patton, did not approve of Foster Raymond (who was pregnant at the time), said a source.

A week later, they tied the knot in the Atlanta office of Usher’s lawyer, then exchanged vows again during a lavish celebration on September 1. Patton reportedly was not among the 200 guests.

Living Single
Despite the couple’s brief reunion, Usher apparently has been acting like a bachelor lately. He has been linked to Island Def Jam staffer Grace Miguel, who works with his protégé Justin Bieber, and recently partied with a group of women during a trip to Miami.

“It was a boy’s night out but there were girls,” says a local source. “He was in such a good mood!”

Meanwhile, Tameka is focusing on keeping her family happy. “She clearly loves her kids,” says the source who knows her. “She’s going to stay positive.”

Looks like Usher will be single again real soon. 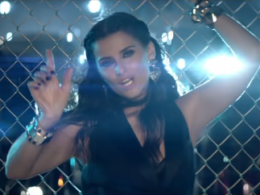 The 10 Most Underrated Singles By Nelly Furtado

Right when the millennium just started, the then-20-year-old Nelly Furtado entered into the year 2000 with a folky…
byDomingorich

As we grow older, we sometimes long to revisit those days of childhood once again. As adults, we…
byAshly E. Smith

Russell Simmons wants to add Yoga to the Chicago Public School's curriculum to help increase the peace among the youth.
byPascal Mnyika