Breaking News: Haiti is Hit By Another Earthquake

If it isn’t one thing then it’s another.  As the people of Haiti try to rebuild from last week’s devastating earthquake, that has a confirmed death toll  of at least 50,000 people, comes this:

PORT-AU-PRINCE, Haiti – A powerful new earthquake struck Haiti on Wednesday, shaking rubble from damaged buildings and sending screaming people running into the streets only eight days after the country’s capital was devastated by an apocalyptic quake.

The magnitude-6.1 temblor was the largest aftershock yet to the Jan. 12 quake. The extent of additional damage or injuries was not immediately clear.

Wails of terror rose from frightened survivors as the earth shuddered at 6:03 a.m. U.S. soldiers and tent city refugees alike raced for open ground, and clouds of dust rose in the capital.

The U.S. Geological Survey said the quake was centered about 35 miles (56 kilometers) northwest of Port-au-Prince and was 13.7 miles (22 kilometers) below the surface.

Last week’s magnitude-7 quake killed an estimated 200,000 people in Haiti, left 250,000 injured and made 1.5 million homeless, according to the European Union Commission. [Source]

Our hearts definitely go out to the people of Haiti.  Please give what you can by donating to the Red Cross via text messaging.  Text “Haiti” to 90999 to have a $10 donation applied to your bill.  You’re able to donate up to $30 via this method. 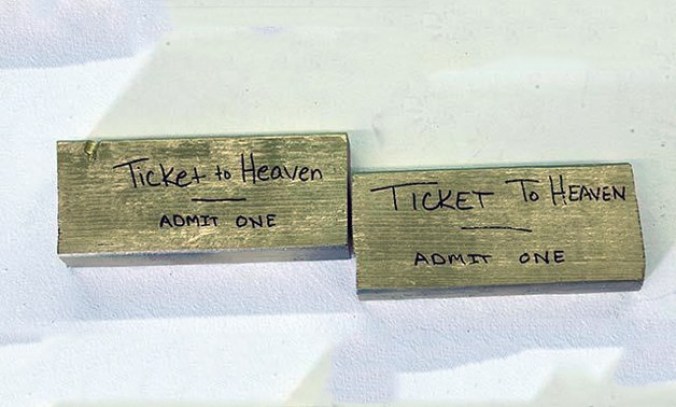 Pastor Arrested For Selling Tickets To Heaven For $500