This weeks hate list is sponsored by Crazy people.  Now I understand that we love to call them mentally ill or nucking futs. But who is really crazy?  Is the man that walks down the street yelling at all white people passing by really crazy?  And when he gets to you (you’re black or scary looking) he turns that sh!t off because he thinks you are crazy too.

Is the baby mother or woman who F’s any and everyone crazy? Or is the Fool that kisses her and wants to make her his wife the crazy one?  I know that there are different levels of crazy. I know that the veteran with PTS is really sick. I understand all that. What I hate and don’t understand is where do you draw the line with crazy?

Today, I heard on the news that a 2 year old baby got an STD from the mother’s live-in boyfriend. Now, we know he is crazy and sick and should rot in hell, but the mother is crazy for not knowing that this sick shit was going on. Or she is crazy for knowing that this shit is going on.  You are crazy for even having a man live with you and you really don’t know him. Our society has accepted crazy as an equal character trait to normal.  Some women love crazy men. Some men love crazy women. Who the “F” is the crazy ones.

I hate Crazy ass people.  I hate people that complain about their crazy mate but they stay with that crazy bastard and accept his or her bullshhh. I hate the crazy ass bastard that was working the drive thru at McDonald’s that gave me a girl toy for my son’s Happy Meal, like I was not going to check the bag. You crazy bastard you got me before, never more nevermore.  I hate crazy people that try and get you to sign a contract without reading it. They keep saying the whole time you are holding the contract, “sign here, go ahead and sign here.”  The fall of Rome is upon us. Here is the Hate List!

1. I hate that my girlfriend did the motor boat on my Man Boobs. Yes, it is time for a diet.

2. Another edition of the Homeless Wars. I hate the homeless man that asked me for money. I hate that I gave him all my pennies in my ash tray. (yes my car has an ash tray). I hate that his response was, “Pennies!,  Keep that shit, I am dying baby, “F” them pennies.What the hell am I going to do with this?” I hate that I wish I told him to swallow them damn pennies, in order to speed up the dying process. Failed opportunity 2 points for the Homeless.

3. I hate the off duty Baltimore City Police Officer that shot an unarmed man. He shot 13 times from a service revolver. WTF! A few years back the same officer shot someone else in the foot, when he was off duty. In both shootings, alcohol was in question with this bitch ass officer.  Baltimore City Sodem and Gormorrah!

5. I hate morning shows on the radio. Those bastards are not funny, they are rude and ignorant. And they have side conversations, like we know what the Hell they talking about. Kathy Hughes switch some of that sh!T up/

6. I hate the Family Guy. Yes sometimes it can be funny, but is it me or do they go extra hard when talking about Black people. I have observed that they talk about everyone. The  fact still remains, they magnify Black jokes way more than other jokes.  We are the only race of people that allow others to make fun of us and we accept it. Why you ask? Because we are make fun of ourselves never once thinking about maybe we should take ourselves serious. Black people WAKE UP!  They are planting a seed for the rest of the country to view you this way.

7. I hate people that always (when the opportunity is there) remind you that they did something for you. Or they remind others of it.

8. I hate when I call someone’s phone and the answering service tells me that they are not accepting phone calls right now. That is the phone company’s polite way of telling you “look here this nuckers phones  is cut the “F” off , he will call you when he gets his sh!T back in the matrix.” I also hate when someone tells me that they can receive phone calls but can’t make any. That is their polite way of saying ” they cut my sh!T off, but I have until Friday to pay them before they cut me all the way off”.

9. I hate seeing the images of the wildlife suffer from the oil spill in the Gulf Coast. I hate seeing images of potbelly starving children. I hate that child molesters. I hate anyone that treats and talks to their children like shit. I hate when my favorite TV show gets cancelled. I hate Rollercoasters, overrated. I hate that no one has a house phone anymore. I hate taste of cantaloupe.  I hate the taste of coconut. I hate, I hate, I hate, the bastard that tired to give me girl toy in my son’s Happy Meal. I am still bitter about that.

10. I hate my gay cousin who decided to go to the MAC store to get his face made-up before he went to the club. I hate that this nucker expected me to go out with him. I hate this dude for wearing a tiara and walking down the street like that sh!t is normal.  I HATE  how my gay cousin’s has this friend whose eyes get really wide when they start talking to me. “Nucker your wide ass Felix the Cat eyes are not going to put me in some type of gay trance”. Beat it you Vanity Smurf ass schmuck! 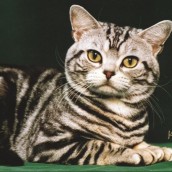