Killing Me Softly with The “N” Word

The much maligned, and often deservedly so, Dr. Laura Schlessinger called it quits this week from her highly rated radio show after stirring up controversy by saying the word nigger almost a dozen times while pretending to offer advice to a black woman who was feeling targeted and discriminated against by her white husband’s friends & family. This is not a shock, not only because Dr. Laura is a misogynist—she tends to side with husbands over their wives—but also because she’s not a licensed psychologist like most decent advice columnists. Dr. Laura is a physiologist, a doctor that studies how the body works. If I wanted some advice on osmosis or homeostasis I’d ask Dr. Laura, but relationship advice? Come on!

Anyway, even though she apologized for “articulat[ing] the ‘n’ word all the way out,” (as if she had the street cred to have pulled off a simple nigga) she’s gone—or at least she will be when her season ends. Good riddance.

I mean the color deal seems like a no-brainer. If you’re white but you got the street cred to carry it off, have at it. At this point in his career, I don’t think anyone would criticize Eminem for saying nigga, especially knowing his background—except maybe for some haters & die-hards. Oh, and conservative talk show hosts, like Dr. Laura, who’d be jealous that Slim Shady can pull off what they can’t. But what of all this talk about abolishing The “N” Word entirely from the English language.

You know what? It doesn’t even matter. That word is so deeply entrenched into urban culture that, try as one might, its use will not be changed by naysayers and moralists. It’s just naive to believe otherwise. It’s just a bullshit talking point so-called classier black folk bring up because they’re embarrassed by their ghetto cousins. Those who are sometimes referred to as uppity negroes rarely use the word, if ever. The term and its original negative connotations make them nervous—a nervousness that they feel should be equally expressed by the rest of us.

The worst part is that trying to change the use of a word or phrase really accomplishes nothing. On the contrary, it’s an excuse to continue to do nothing about the real problems our people face. Writers, like Keli Goff have addressed the issue from a perspective whereby the use of the term, and its inherent negative connotations, are partly responsible for our continued urban ills— AIDS, violence, lack of education, etc. In other words, we know it’s a bad word, so by using it, we think of ourselves as bad and we act badly by default. That shit would piss me off if it wasn’t so fucking laughable.

To put any of the onus of the problems that continue to plague our inner cities on a word is not only unrealistic, but is an insult to the very problems being addressed. Having grown up in the inner city and witnessed the results of its ills, as well as having been a victim myself, I can say that our language is the least of our problems.

Any basic Linguistics class would teach you that culture drives language, language doesn’t drive culture. Even if the uppities were to somehow earn the respect of their ghetto cousins enough to abolish nigger, nigga and any other variant, it would do nothing to quell the root causes behind our urban ills.

So if you’re interested in changing things, for real, stop trying to take words out of our mouths. Instead, build up the courage to look our problems right in the face. There are programs out there that work. Some school systems hire social workers to visit the homes of at-risk youth in an effort to reduce truancy and to provide whatever aid the students or their families might need to help those students succeed.

One of the poorest, most violent cities in Colombia, Medellin (of Medellin Drug Cartel infamy), started a pilot program years ago that put musical instruments in the hands of every student. Instead of spending countless hours so bored that they join gangs and shoot each other, students in Medellin spend countless hours in music rooms mastering their instruments with the idea that they can, indeed, have a future not steeped in drugs & violence. The program has been so successful that copycat programs have begun to pop up throughout the United States.

The solution isn’t necessarily music, people. It’s hope. Unfortunately, when the money gets tight it’s the programs that offer the most hope that get cut first. And then we sit back, scratch our heads & wonder why shit don’t ever seem to get better. So let’s allow language to do what language does, evolve at its own pace depending on the evolution of the culture using it. If you’re honest about changing things, suck it up, jump into the pit & get ready to get yo hands dirty, nigga. 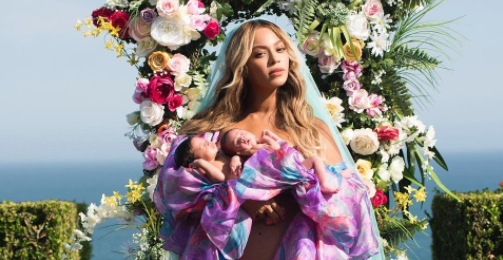