Haitian Presidential hopeful Wyclef Jean, has been disqualified from the highly publicized race for Haiti’s highest office. The…

The Grammy winning rapper and producer issued a statement about hearing the news of his dismissal from candidacy. “It is with a heavy heart that I tell you today that the board of elections in Haiti has disqualified me from my run for the presidency of the country. Though I disagree with the ruling, I respectfully accept the committee’s final decision.”

Haiti’s electoral council made the decision based on its Constitutional requirement of residency. Clef, along with many other candidates were scrutinized and ejected for their duel residence in the U.S and Haiti.

Yet the former Fugees member has emphasized that this will not deter him from his constant work and support of is impoverished homeland. His Yele Foundation has been on the forefront of the massive 7.0 earthquake that rocked the island and killed over 300,000 people.

Author
H. Sylver
Born and raised on the island streets of New Providence, Bahamas; H. Sylver grew up in a Haitian household that nurtured his love for music and theatrical performances, spoken word poetry, and writing. This passion gained him a spot on Island/Def Jam's Street Team, where he became an ambassador for hip hop, promoting artists like Jay-Z, Kanye West, Jeezy, Nas, Rick Ross, and many more. He has great insight and analysis of the current music scene, providing written reports on trending news, and original think pieces. He currently resides in Fort Lauderdale, FL, and is currently writing his first novel.
Previous Article

Killing Me Softly with The "N" Word

Beauty With a Twist: Christina Jeter

As someone that has enjoyed some of the movies actress Alicia Silverstone has made over the years, the headline…
byTUT Staff 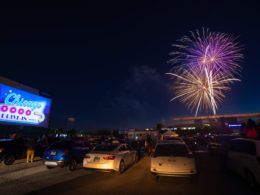 Chris Brown's lawyers claim that the prosecution has misused the Grand Jury process, and are trying to get case dismissed.
byPascal Mnyika