It looks like Jamie Foxx will be making a return back to where it all began. Jamie Foxx…

It looks like Jamie Foxx will be making a return back to where it all began.

Jamie Foxx has signed a12 episode deal with Fox to produce a sketch comedy show that has been tentatively titled The Jamie Foxx Project.

The show will be very similar to In Living Color, which was a huge success for Fox back in the 90’s and also which helped catapult Jamie Foxx to superstardom.  The Jamie Foxx Project will take on pop culture, spoofing movie trailers, commercials, TV shows, music videos and celebrities, with a diverse cast of young new comedians such as Affion Crockett who has recently provided his voice talents to the animated cartoon series The Boondocks and is infamously known for his impersonations of rapper Jay-Z and singer Chris Brown, among countless others.  Crockett will also be producing.

Foxx’s show will be a midseason replacement.

Al the Great Feat. Darnell McClain - "Get Away"

Beyonce May Have New Sister/Brother on the Way

We already knew that Beyonce had a little sister in Solange.  There were rumors at one point that…
byBrennen Jones 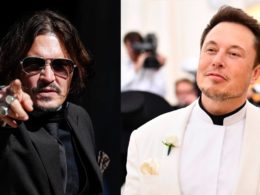 After their split, Musk briefly dated Heard, but Depp claimed they’d hooked up while the two were still wed. Not so, said Musk.
byBien Luigi