Hot 97 Summer Jam 2011 which took place at the New Meadowlands Sports Complex in East Rutherford, New Jersey (June 5) was marked by triumphant returns and reunions, bringing together some of the biggest artist on hip hop radio this year. This year’s headliners included Chris Brown, who returned to the Summer Jam stage for the first time since 2008, Lil Wayne in his first Summer Jam since being released from prison, Rick Ross, Dipset, Wiz Khalifa, Waka Flocka and Lloyd Banks.

Things kicked off at 6:30pm when Wiz Khalifa hit the stage performing for fifteen minutes, songs off his debut album ‘Rolling Papers’ which included the tracks ‘Roll Up’ and ‘Black and Yellow’.But it was evident that Khalifa was reserved as one of two ‘opening acts’, a kind of teaser for the longer performances that would come later on in the show. Next up was Waka Flocka Flame who although being raised in Atlanta, was born in Queens, New York and made sure to show his appreciation towards those from Queens in the audience. By Waka’s third song ‘No Hands’ featuring special guest Wale ,the crowd was singing along, but as quickly as Flame hit the stage his time was up.

The longest performance of the night by far was that of G-Unit’s Lloyd Banks, which lasted 40 minutes. Banks brought out Mobb Deep who performed their 1995 classic “Shook Ones Pt. II” and 1999’s “Quiet Storm.” Then to give the crowd some R&B flavor Banks brought out singers Lloyd, and Jeremih (“Any Girl” and “I Don’t Deserve You.”). Three boroughs united when Lloyd Banks representing Queens brought Swizz Beatz who hails from The Bronx and Brooklyn’s Fabolous for “Start It Up.”

Chris Brown came off strong and energetic in his set opening with his 2009 track ‘I Can Transform Ya’ then doing ‘the Dougie’ to Cali Swag District’s popular ‘Teach Me How To Dougie’. There may have been six backup dancers on the stage, but Brown managed to out-dance them.During ‘Take You Down’, things got a little R-rated when the singer pulled a female fan out of the audience giving her a ‘special’ dance which everyone in the audience looked on with a shocked, but not entirely surprised expression as many have seen this segment of Brown’s other performances in concert videos. Before proceeding to perform his popular song ‘Deuces’, Brown instructed everyone in the audience to throw their deuces up (a form of the peace sign), as they sang the words to the song. When it came time for his verse Tyga was right on point. Brown’s last surprise in his set was bringing out Busta Rhymes during “Look At Me Now” who seemed to be rapping paragraphs in under twenty seconds.

Those who had been waiting for the Dipset crew to reunite on the Summer Jam stage, got their wish as Vado, Juelz Santana, Jim Jones and Cam’ron came out to the stage, leading with Cam’ron and Vado. Although the crew performed classics such as “We Fly High,” “Dipset Anthem,” and “Salute,” it seemed as though the set left the crowd wanting more, which the group tried to fill that space by bringing out former G-Unit artist Olivia to perform her latest song ‘December’. In actuality the crowd was the most quiet during Dipset’s performance set.

Hot 97 deejay Mister Cee began to hype the crowd up for the last segment of the show which was to feature Lil Wayne, Drake, Rick Ross. Cee played many tracks from his friend late rapper the Notorious B.I.G. as a homage to both the rapper, and those from New York City.

Lil Wayne emerged with a full band and opened with “A Milli”, then launching into a string of other hits. Wayne took a moment to thank all the fans in the audience who showed their support for him while he was locked up at Riker’s Island prison facility last year. Wayne addressed the audience stating ‘I am nothing without God, and I am nothing without you’. Wayne went on to perform his latest song ‘How to Love’, telling the audience he would accept their opinion of the song no matter if they liked it or not. But Wayne wasn’t alone and his group Young Money were right behind him in which each member got their own spotlight.As Nicki Minaj’s verse was set to come up during the group’s song ‘Bedrock’, Minaj’s absence was noticed but the song concluded without any problem. Wayne also performed his verse from Kelly Rowland’s song Motivation, joined by Young Money artist Shanell.

By 10 pm there were only two artist left to go onstage. Drake made his way out during ‘Miss Me’, and finished with his verse on ‘I’m On One’. Although Drake was billed as a headliner this year, he seemed as more of a special guest with his short performance time.

Rick Ross was the last billed artist of the night to perform. Ross who made his intro during ‘ I’m On One’, performed his songs “MC Hammer,” “Hustlin’,” Ashton Martin Music and Ace Hood’s “Hustle Hard. But there was one last surprise guest of the night— Diddy, who was called on-stage by Ross, in which Diddy recited his verse on O Let’s Do It, and DJ Khaled’s ‘All I Do is Win’. Ross took a moment to honor Biggie Smalls by having the audience sing along to ‘One More Chance’, before switching to the last song of the evening ‘Tupac’s Back’ in which he was joined by Wale who earlier performed with Waka Flocka. However the true ending of the show was marked by Ross’ microphone cutting off for a unexplainable reasons.

Is Superman Making a Statement by Renouncing His U.S. Citizenship?

As if he was fresh out of a comic book. It would seem Mr. West is seriously taking…
byH. Sylver 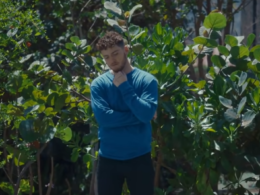 His name is Andrew Bazzi: A kid from Canton, Michigan, whose Lebanese from his father’s side, who early…
byDomingorich

Are The Fugees Reuniting to Raise Money For Haiti?

After another year, Virginia legend Skillz returns with his annual retrospect in his latest Rap Up.
byTUT Staff