Why Rappers Shouldn’t Use Real Crack in Their Music Videos

Some people will never learn.  A rap crew used real crack in their music video and as a…

Some people will never learn.  A rap crew used real crack in their music video and as a result may now be facing up to life in prison as a result of it.  So why did they use real crack instead of sugar, flour or some other white powdery substance that isn’t crack?  Well it appears that the crew was running a massive drug ring and had a lot of crack on hand to use…and so they used it.

As foolish as that may sound, they did and now may be paying the price for that idiocy.

As reported by TMJ4:

US Attorney James Santelle says, “This is a very significant investigation and a very important prosecution.”

Two other suspects are still at large: Cedric Greer and Larry Hooker.

Law enforcement sources tells TODAY’S TMJ4 the cast of this YouTube video — are some of the same people named in a federal indictment.

The stars — “L Boog” and “Eazy” — are known to the feds as Larry Hooker and Earl Willams.

A team of federal and local law enforcement pulled back the curtain on their investigation Thursday, charging Williams, Hooker and 12 other people for their roles in an elaborate cocaine ring.

In their YouTube video “Trap House Money” — they wave wads of cash and flash expensive jewelry, and they are seen cooking cocaine into their drug of choice — crack.

Items that are now listed in the federal indictment — as confiscated property.

As for the star of this show — Larry “L Boog” Hooker is still on the loose, but the feds hope someone this flamboyant — won’t be hard to find.

“Law enforcement is presently pursuing leads and efforts to bring them to custody,” says U.S. Attorney Santelle. He went on to say they, “pooled their monies in quantities to purchase and obtain large quantities of cocaine.”

The east side-based gang then distributed their cocaine all over southeastern Wisconsin.

Santelle added it was, “everything from ounce amounts to half kilo amounts.”

Authorities think they have a solid case, and they have a warning for gang members who are still out there.

Patrick Mitchell of the Milwaukee Police Department has this message, “I promise you one thing and I pledge you one thing. Your violent acts will bring us into your neighborhood.”

If convicted these suspects could get anywhere from ten years to life in prison.

Check out the music video below that got them all arrested.

President Obama is Bringing NBA Back for Fundraiser

$3 million dollars worth of jewelry has been returned after being stolen from “Controlla” singer, Drake's, tour bus in Phoenix, Arizona. The jewelry reportedly belongs to DJ Future The Prince, who is on tour with Drake as his official DJ.
byMelony Hill 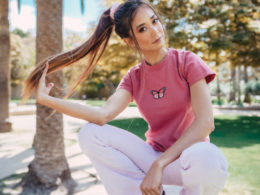 A review of the book: "The Online Diaries of Folklore" and a brief interview with the 25 year old author, Great Scott.
byLia Lahren