Forget about “Friending” on Facebook, “Enemying” is the new in-thing

Facebook is well-known for the “Friending” activity that happens on the social graph but not any more. A new Facebook app called the EnemyGraph wants to help you “Enemy” those people, bands, brands and so on that you do not have much love for.

The Facebook application, which was created by a research group in the Emerging Media and Communications program at the University of Texas at Dallas allows you to add people to your enemy list and maintain an enemy list, much in the same way that you maintain a friend list. The creators of the application, however, say that the application is not about malicious actions but rather trying to expand the social graph beyond what Facebook allows.

Facebook assumes its platform is all about positive relationships but EnemyGraph co-creator and program director Dean Terry says it is possible to learn much more about social interactions through knowing what people dislike. The application, which was launched only last week, has seen a media buzz grow around it and has gained 10,000 users in the last 36 hours alone.

The creators, who include Terry and his student co-creators Bradley Griffith and Harrison Massey, started the application as a way of studying social dissonance but the growth of the application seems to have put some startup ideas in their heads, according to Terry.

The application, in addition to allowing you to list your enemies, also tracks the most “Enemied” people on Facebook and so far, the two people at the very top are Justin Bieber and Rick Santorum, not surprising considering they are also two of the more popular public images on Facebook at the moment. 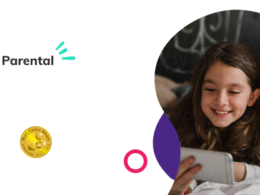 This is why this FamiSafe Parental control app helps parents to decide for their children whether or not their child should be exposed to the screen.
byTUT Staff

Google announced at the Game Developers Conference in San Francisco that is would be launching a unified social and gaming platform and the launch of Google Play seems the first step in this direction.
byDaniel Mbure

Data Suggests Google Plus Users Not Yet All In

Google Plus engagement seems to have slowed down significantly after the excitement post-launch died off.
byDaniel Mbure