Floyd Mayweather Signs on for Next Fight

Money Mayweather will fight arguably his biggest competition yet in Saul Alvarez.

byBrian Sprowl
1 minute read
Mayweather and Alvarez will face off on September 14th.

Floyd “Money” Mayweather has signed on for his next marquee fight. The undefeated fighter (44-0, 26 Knockouts) will face off with fellow undefeated fighter and young phenomenon Saul “Canelo” Alvarez on Saturday, September 14th in Las Vegas at the MGM Grand. Alvarez, 22, holds a record of 42-0-1, with 30 knockouts. The two signed the contract for the main event fight on the night of Wednesday, May 29th.

Mayweather, 36, is moving up in weight to fight at the junior middleweight level in a title for title bout. The two are scheduled to fight at the catchweight of 152 pounds. After signing on for the fight, Mayweather tweeted “I’m giving the fans what they want.” This fight is said to be the closest thing that fans will see to a super fight, as Mayweather and legendary fighter Manny Pacquiao continuously failed to reach an agreement to face each other. Alvarez is expected to be Mayweather’s biggest test yet.

Saving The Best for Last: Only Past Four Stanley Cup Champs Remain 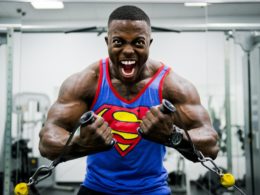 Floyd tops the list of highest paid athletes in 2015. A list which also includes the man he just recently beat, Manny Pacquiao, coming in at number 2.
byTUT Staff
Read More

Peyton's coming to Denver, and it looks like Tebow may be on the way out.
byBrennen Jones

Bristol Rovers Prospects at the End of Season

The once glorious team of Bristol Rovers has recently shown results that are far from the best. As…
byTUT Staff