Kim Kardashian’s Paper Magazine cover has attracted some negative and positive reviews. In this article, I tell what both sides say and tell you my view.

Most of you all have seen the pictures of Kim Kardashian that she did for Paper Mag.

She literally tried to break the internet with these latest photos.

For those of you that haven’t seen the photos yet, here they are:

Kim Kardashian bared it all in three of the photos, and looked like a complete lunatic in one. Above are the one two clean pictures (here is the link to see the others). She is facing a lot of ridicule because of these photos. People are saying she shouldn’t be taking pictures like this because she is a mom, and other are claiming that it is her body and she can do whatever she wants to with it.

I say that she needs to do whatever makes her happy (as long as Kanye is fine with it). Let’s face it, she is a first time mom who has been called sexy probably since she hit puberty, but since having North she might not feel quite as sexy. She has had so many magazines call her fat after North’s birth, and now that she has gotten rid of the baby weight she wants to show it off.  I think she should, if not for the world then for herself.

Author
Ciera Seal
I'm a mother, and engaged to a guy that is like my best friend. I'm a college student. My major is English Education. I love to write, read, and watch television shows like "Game of Thrones," "True Blood," and "The Tudors."
Previous Article

John Mayer’s Penis Is a Racist

In an interview with Playboy magazine, John Mayer admits that he really isn’t into Black Women and then…
byBrennen Jones

$300  are up for grabs for simply asking President Trump to comment on the US-Wakanda relations on the record.
byPascal Mnyika 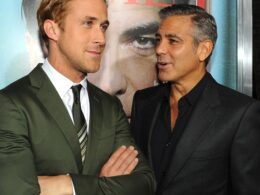 New poster artwork for Harry Potter and the Cursed Child is revealed, along with plot details.
byStu Greenfield