In the recently released trailer for “Batman v Superman: Dawn of Justice”, they finally gave us a glimpse of why the two comic book icons are going to war.

Warner Bros. Pictures checked in this past weekend in from Comic-Con with an all-new trailer for Zack Synder’s Batman v Superman: Dawn of Justice.

In the clip, the two superheroes are at war. But, why? We get some clues as well, while offering a first look at other characters: Wonder Woman (Gal Gadot) and Lex Luthor (Jesse Eisenberg).

At the beginning of the trailer, we see Bruce Wayne (Ben Affleck) watch as his Wayne Tower building crashes to the ground. It’s implied that this took place during Superman’s battle with alien militant Zod (Michael Shannon), which leveled Metropolis in Man of Steel. Angry over the large number of deaths, Wayne brings the Batman out of retirement with a mission to take down Superman (Henry Cavill).

Batman v Superman: Dawn of Justice is due out in 2016.

Comic-Con News: Ash and His Boomstick Are Back!!! (New Trailer)

Tyler Perry has spoken in the past about wanting to become a father. And now it appears his girlfriend, Gelila Bekele, is pregnant with his first child.
byPascal Mnyika 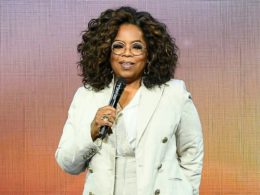 SOLD! Ebony and Jet Magazines Have New Owners. Next Up For Sale WHUT, The Nations Only Black Owned Public Television Network.

Did you know that Ebony and Jet Magazines have been sold and Howard University Television is up for sale? Will the integrity of these brands remain?
byMelony Hill