A short and spoiler free review of this week’s all new Supernatural.

Darkness has fallen and the Winchester boys have a ton of work to do! Oh boy. I hope to Chuck they make it out this one alive.

Tonight’s episode threw another ball but with a bit more heat to it. This season won’t be pulling punches, that’s for sure! Anyways, I won’t spoil the episode for those who have not seen it, but here’s my opinion and what I thought of it.

It certainly gained my attention and kept me at the edge of my seat! There was some heart pounding moments. Things also got more complicated, especially with the darkness running deep within Sam.

At least the Mark of Cain is off Dean. But it’s not totally gone. Dang it. This episode also had a few “what the heck?” moments that will leave us questioning until the next episode. But I have a feeling that this season will leave us with a million and one questions.

At least until the mid-season finale, which will leave us with more questions. Dang. They really want us guessing this season don’t they? This episode was not only jaw-dropping like the premiere, it’s really throwing those balls at us! Batter up fans! If we want to debunk all these questions, we need to hit a home run.

I’ll be doing more reviews as the season progresses and I hope you’ll be with me for the journey. I’ll be seeing y’all next episode. Until then, grab the salt and draw those Devil’s Traps. We got work to do! 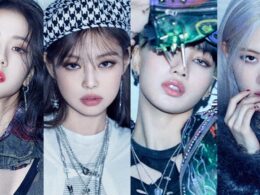 In addition to the live event, Blackpink also announced an all-access documentary entitled BLACKPINK: Light Up The Sky.
byBien Luigi

‘See Me Anytime’: Boosie Jokingly Shoots His Shot At Rihanna

Somebody come get Boosie because he wants Rihanna to be his ol’ lady as he is shooting his shot on the ‘interwebs’.
byBien Luigi

From it’s catchy theme song to its tasteful content, Adulting with Jane is a pure delight. Described as…
byAshly E. Smith
Read More

Original Judges Will Return to ‘The Voice’

The original judges will return to The Voice after a brief hiatus to work on other projects.
byAllison Pine