Holly Holm scored a commanding knockout at UFC 193. But it's how she behaved after the fight that really destroyed Ronda Rousey's legacy.

Holly Holm stunned the MMA world — and the world-at-large — at UFC 193.

In less than six minutes, she destroyed Ronda Rousey in front of a hot Melbourne, Australia, crowd of more than 56,000 (and millions watching on pay-per-view). 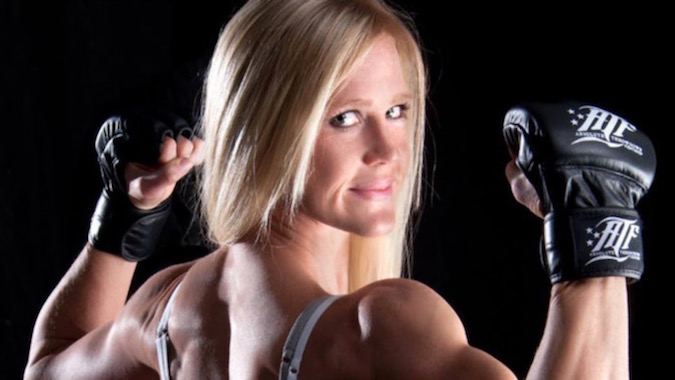 Holm went in with the perfect game plan and executed it flawlessly. She repeatedly beat Rousey to the punch, out-maneuvered her, and eventually landed a strong kick to the carotid artery that turned out the lights completely.

But that’s not all she accomplished.

A previous post from The Urban Twist highlighted how Holm’s victory demonstrated the superiority of a good boxer to mixed martial artist.

In the days that followed her victory, Holly Holm would take apart the legend of Ronda Rousey. Here’s how she did it.

Firstly, there is how Holly Holm carried herself in the interviews and coverage to follow.

Holm was gracious in victory, heaping all the praise on her fallen opponent she could. When the Internet revolted against Rousey, she quickly came to her defense.

Patiently, Holm fielded question after question about Ronda, never seeming to mind the story was about the fall of Rousey instead of her own meteoric rise.

The more gracious Holly Holm was in these interviews, the more positive momentum she picked up.

Secondly, Rousey hasn’t done her legacy any favors, and her post-fight behavior is starting to make her yesterday’s news.

She clearly started the bad blood scenario at the weigh-in, calling Holly a “fake ass b***h” afterward on Twitter.

Then, she refused to touch gloves before the opening bell.

After that, she was thoroughly beaten and dominated by a fighter many of her fans had never heard of. To top it all off, she lost without dignity or sportsmanship.

Rousey has avoided the press at all costs. She didn’t even give a post-fight interview.

She made no effort to congratulate Holm. When she did finally issue a follow-up statement on her Instagram account, it was all about her, no kudos to Holly whatsoever.

No one is asking Ronda Rousey to be happy she got her brains scrambled in front of the entire world. But you don’t get to put yourself out there in the public eye to the extent Rousey did, embracing all the hype and praise, only to be a bad sport when things don’t go your way.

That’s a lesson she’s learning with all the negative publicity, and she brought every bit of it on herself.

Holly Holm, on the other hand, knows how to accept defeat and bounce back from it.

She suffered a humiliating knockout loss at the hands of Anne Sophie Mathis in 2011. (See video below.)

However, Holm responded by hitting the gym, training harder, and coming back in her very next fight to reclaim her crown from Mathis.

The 34-year-old is as gracious in victory as she was in defeat.

That alone makes her the greatest champion in women’s MMA history.

It’s a lesson Rousey will have to learn if she wants her career to continue. Fortunately for her, she has a great teacher in Holly Holm.

Do you think Ronda has killed her legacy with this loss? Sound off in the comments section.