On Thursday night, the Board of Governors of the Academy of Motion Picture Arts and Sciences unanimously elected to implement a sequence of amendments to expand the diversity of its members.

On the heels of a week of intense criticism for the lack of diversity among this year’s Oscar nominees, the 51 member Board of Governors of the Academy of Motion Picture Arts and Sciences announced that it had voted unanimously to hold an emergency meeting. On Thursday night, the board unanimously elected to implement a sequence of amendments to expand the diversity of its members.

The organization announced its approval of multiple, unprecedented changes to double the number of women and diverse members by 2020. They will also limit lifetime voting rights. The board plans to have women compose 48% and diverse groups more than 14% of the total membership. This announcement was made in a press release on Friday.

In terms of the limit of lifetime voting rights, one of the most groundbreaking changes is a new rule stating that new members will be eligible to vote for nominees for a period of 10 years, after which their eligibility will be renewed under the condition that they have been active in movies during that time. After three 10 year terms, or if they have been nominated for an Oscar, members will receive lifetime voting rights.

These criteria will be applied retroactively to current members going forward. If a member has not been active in movies in the past decade, he or she will transition to emeritus status and will no longer be eligible to vote for nominees.

The lack of diversity among Academy of Motion Picture Arts and Sciences members in terms of background, ethnicity and age has been blamed for many of The Oscar’s alleged shortcomings, including a seeming disregard for comedic performances and a perceived bias against horror, science-fiction, fantasy, superheroes, stories focused on marginalized communities and other genres widely beloved by an increasingly diverse global audience but ignored by The Academy. A majority of the board members tend to be older white actors, many of whom no longer work regularly in the industry.

In essence, the new rules stipulate that:

• Each new member’s voting status will last 10 years and will be renewed if that member has been active in motion pictures during that decade.

• Members will receive lifetime voting rights after three 10 year terms or if they have won or been nominated for an Academy Award.

• Those who do not qualify for active status will be moved to emeritus status, which means they enjoy the privileges of membership, such as access to screenings and events, but cannot vote on the Oscars. 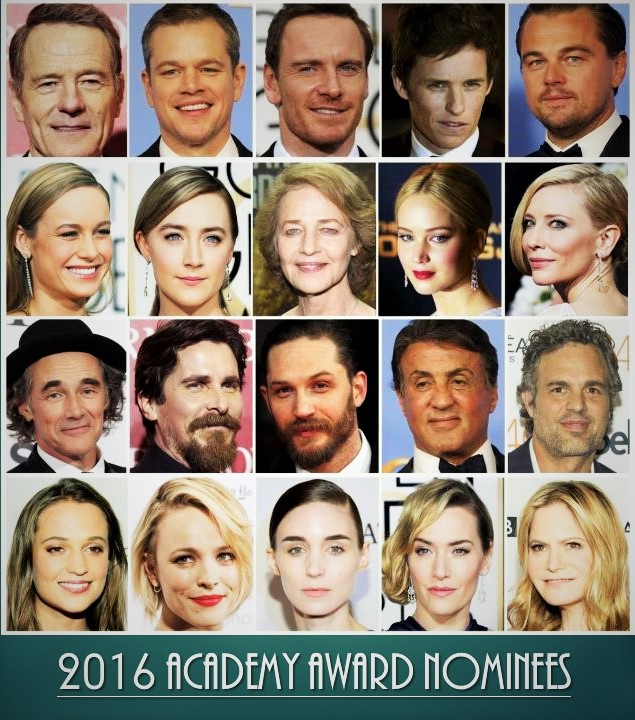 While the new voting rules are intended to have an influence on who gets nominated for Academy Awards, the second change targets expanding the diversity of the Academy itself. In order to discuss the fact that the organization is currently about 94% white (according to a 2012 study), Academy President Cheryl Boone Isaacs will introduce “an ambitious, global campaign to identify and recruit qualified new members who represent greater diversity.”

“I’m thrilled that they took action,” said former academy President Hawk Koch. “I like that they’ve acted fast. I think they’ve acted well. I do want to make sure that no matter who we bring in, they have the same level of expertise and qualification for membership, that it is not diluted to bring in more women and diverse members, but it stays high.”

“Mainly, the thing to me that’s good is purging the active-member rolls,” said Bill Mechanic, former head of Fox Filmed Entertainment and producer of the 2010 Academy Awards telecast. “I have sat on committees [within the academy] trying to do just that for nearly a decade.”

“It was not difficult, and it did not take long,” Boone Isaacs said of the board’s vote. “The process here had already begun. Last Thursday [the day of the Oscar nominations], we really just kicked that into high gear. The conversation out there was raging.”

“Our members are in a business where people come in and out,” Boone Isaacs said. “Our goal is to make our voting body reflective of film making professionals who are active today. It’s the right thing to do. We’ve been a more than predominantly white institution for a long time. We thought, we’ve got to change this and reflect the community much better.”

“The Academy is going to lead and not wait for the industry to catch up…These new measures regarding governance and voting will have an immediate impact and begin the process of significantly changing our membership composition.”

Anne Buchanan of Buchanan Public Relations said, “When an organization is in the middle of a full-blown crisis, as the academy was, it must take swift and immediate action to stem reputational loss. That’s what the academy did today. It translated its commitment to diversity into bold action. Equally impressive was the way it went about it. The academy is not only striving to invite more outsiders in; it is also attempting to reform itself from the inside out.”

“I’m very encouraged,” April Reign, the former attorney and managing editor of BroadwayBlack.com who created the Twitter hashtag #OscarsSoWhite in 2015, said after the academy announced the rules changes.

“I think that the changes that will be made will make a significant difference. I appreciate the fact that the vote was unanimous, which indicates to me that the academy is serious about making the organization more inclusive and more diverse. … But we still need to put pressure on the Hollywood studio heads to make more inclusive and diverse films, because the academy can only nominate quality work that has been made.”

Ken Howard, president of SAG-AFTRA, the union representing about 160,000 actors and other performers, called the changes “well intended, and I think it should be acceptable to people. The criticism is that [the academy] is just a bunch of old white guys — and that’s fair — and how are we going to remedy that? They are doing that.”