Kanye can’t seem to get Amber out of his head.

“You are an obsession. You’re my obsession…who do you want me to be to make you sleep with me?” – Animotion

Kanye West’s obsession for Amber Rose is creepy as fuck. Muva Rose kicked him to the curb in 2010 and I don’t think that he has EVER gotten over it. Not even after having 2 kids  and marrying “the love of his life” Kim Kardashian. (Insert side eye )

Every opportunity Kanye West seems to have (when he’s not talking about himself), he makes it a point to bring up Amber Rose in some shape, form or fashion. Whether he is slut-shaming her (oh the fucking irony considering his wife’s history), taking shots at her ex-husband/ rapper Wiz Khalifa via Twitter, involving their son, Sebastian in his thirsty ass tirades or speaking on her YEARS after their breakup- it’s time to get over her.

His obsession is borderline sociopathic. Am I the only person who sees this? I’m sure Amber’s clapback on Twitter  didn’t make it any better. I’m sure the mere mention of Amber’s digits and his ass just sent him over the edge. I imagine him not taking Kim’s calls and shit while wondering where he went wrong.

I swear this situation reminds me of Radiohead’s “I’m A Creep”.

I know Jay Z is busy living a happy, normal life with Bey and Blue Ivy but damn- his dude can’t run an intervention? Yeezy needs help! Friends don’t let friends be thirsty. Let’s face it. We know why Amber and Kanye didn’t work out. Kanye is a FUCKING CONTROL FREAK and Amber is seemingly intelligent. Kim Kardashian is his puppet. No shade but come on…You’ve seen the dreadful way he dresses her. You mean to tell me she AGREED with it? NO woman would, voluntarily, wear that shit.  Fuck outta here!

I couldn’t fathom being Kim and constantly having to deal with MY husband keeping another woman’s name in his mouth. Hey! If she likes it, I love it.

On a serious note- I, honestly, think that Kanye is still in love with Amber Rose and she just wasn’t a good fit for “his vision or his brand”. She’d be the one to tell him that he sounds batshit crazy when he goes off on those Yeezus tangents. She’d be the woman who would call him out on his antics. Hell, I don’t blame her for not staying. With all that said, SOMETHING has to give with his obsession. Perhaps, Amber Rose should ignore his rants with the hope that he will finally get the hint.

Naaaaah.. Keep the clapbacks coming, Muva!I get my ENTIRE life from them.

Barbie's Got A Brand New Swag - A Barbie For Every Girl

Spike and Nickelodeon Have Teamed Up To Create ‘Lip Sync Battle Jr.’

The popular cable television competition Lip Sync Battle on Spike is about to add a new generation.
byChristina Jeter 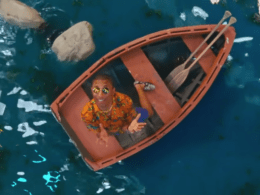 The last decade made Pharrell Williams a popular figure in the public, in music charts and in fashion.…
byDomingorich

Jay-Z definitely knew what he was doing when he signed the island beauty and made her the workhorse of his label.
byTriston