On Simone Biles, Colorism and Erasure

In a recent interview with Access Hollywood, Simone Biles said she would like to see Zendaya to portray her in a biopic.

In a recent interview with Access Hollywood, Olympic Gold Medalist, Simon Biles said she’d like to see Zendaya Coleman to portray her in a biopic. Chile. I’m sure Biles was fangirlin’, when she exclaimed ‘’Hands down Zendaya.”. I mean, I love Coleman, too. She’s talented, beautiful and woke. But I was crushed when I heard Biles choose Coleman. Her choice of Coleman speaks to the pervasiveness of colorism, internalized racism and White supremacy.

Let’s state the obvious, not only does Coleman tower over Biles, she is also a light-skinned biracial woman. There isn’t a logical reason for Coleman to be anyone’s choice, especially Biles’. Whoever graces the big screen to portray Biles has to be a dark-skinned Black woman. Period.

I am not angry with Biles. I’m sad for her. It’s heartbreaking to hear a dark-skinned Black woman say something so egregious. What angers me is the toxicity of colorism. Colorism, a vestige of slavery, still permeates Black culture. That carryover, coupled with internalized racism, could explain why Biles would think it’s appropriate for a light-skinned biracial woman to portray her in her life’s story.

Coleman is not only Hollywood’s standard Black woman, she’s America’s standard Black woman. She’s classically beautiful and also racially ambiguous. She’s light with long flowing hair and European features. She doesn’t look like the a Naturi Naughton or Tika Sumpter. Half of Hollywood’s top-paid Black actresses are light-skinned or biracial. There is no shortage of Coleman-esque women in Hollywood. We can’t continue conflating lighter skin with beauty. 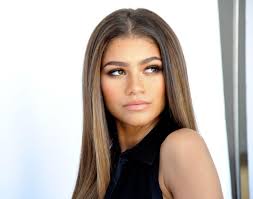 And yes, Coleman herself recently suffered abuse at the hands of basement dwelling trolls when she was cast as Mary Jane in Spider-Man: Homecoming. Light-skinned Black women do experience racism and misogynoir. But, Coleman, a Black woman with such access and proximity to whiteness, does not experience the same targeted attacks as dark-skinned Black women. I won’t negate the trauma Coleman recently experienced, but it doesn’t mean anyone, especially Biles, should advocate for her to portray her life’s story.

Dark-skinned Black women are underrepresented, and too often discarded by many, even within our own community. Just look at the ongoing public trauma and degradation Leslie Jones is experiencing. And notice how less vocal we are to defend her like we recently defended Coleman. Black people actually expected more from White allies than we expected from our own community. We are actually baking ally cookies for Black people, especially men, who defend Jones. Dark-skinned Black women are not only suffering under the weight White Supremacy, but colorism makes them more vulnerable, because they are not fully accepted or protected by Black community. Darker Black women have less visibility, so, I believe it is Biles’ duty to hold her hand out and uplift other darker Black women. I cannot stand by and watch a dark-skinned Black woman green light her own erasure.

While I insist dark-skinned women like Biles use their platforms to uplift, I also think it’s paramount light-skinned like Coleman to check their privilege. Light-skin privilege is real. Just as White folx often deny racism, light-skinned Black women often deny colorism. And that denial does not mean we do not benefit from that privilege. It is essential for those of us with light skin privilege to accept the responsibility and charge of using our privilege to make space for darker Black women.

Biles is a superstar and I don’t want her or anyone else to separate her success from her blackness. Her dark-skinned Black girl magic is what made her Olympic run so important to me. We have a responsibility to uplift and validate dark Black women and girls. Representation is key to ensuring dark Black girls grow up seeing more images of themselves. And when they see and abundance of positive images of women like Biles, they will be proud to have actresses like Skai Jackson to portray them in films.