What's up with the hypocritical reactions from the Black community regarding the deaths of Korryn Gaines and Alton Sterling?

So what is the cause of that?

Well, let’s review the facts and then we will evaluate the contradictions.

Alton Sterling was a Black man who was unlawfully and unnecessarily killed by two police officers. He was being held down, so he was not posing a threat at the time of him being shot. This excessive force was caught on camera, and it sent the Black community into a justified rage because of the racially motivated police brutality that continues to plague us.

The Black community responded as they always do when a Black man is killed by reason of police brutality.

They took to the streets to protest. They raised money for the family of Alton Sterling. They mourned his death, and there was unity among the Black community. I must admit that it was something powerful to see how Black people can come together for a cause and be progressive, even if it was only a little bit.

They seem to need little to no time to organize for the death of a Black man.

They demand answers from the law, and they do not stop until they get them.

Black women go out into the streets risking their lives. They stand firmly in the faces of White police officers with their fists held high. They represent for their sons and their fathers.

Even children march with their “Black Lives Matter” t-shirts. They teach them early that the Black man’s life is valuable and that no racist police officer has any right to put him in danger.

So what is the twist?

During all of the rage, Alton Sterling’s past was brought to the surface.

It was exposed that he had a history of being violent. Most importantly, he was a registered sex offender.

A few Black women were disturbed after they were made aware of this information, which can be expected since over 60 percent of Black women have been sexually assaulted before age 18.

The thought of being supportive of a sex offender was triggering for them or at least they felt conflicted.

However; most Black women decided to uplift his name regardless.

Some Black women felt obligated to do so because of his Blackness. Others simply felt that police brutality is unjust regardless of the victim’s history.

So despite his past, Alton Sterling was held in the highest respect by the Black community. 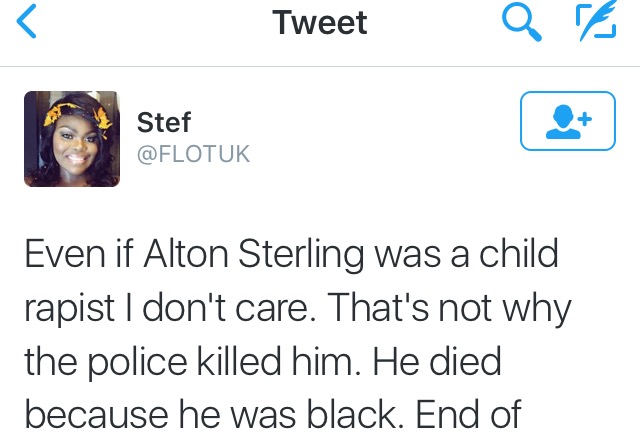 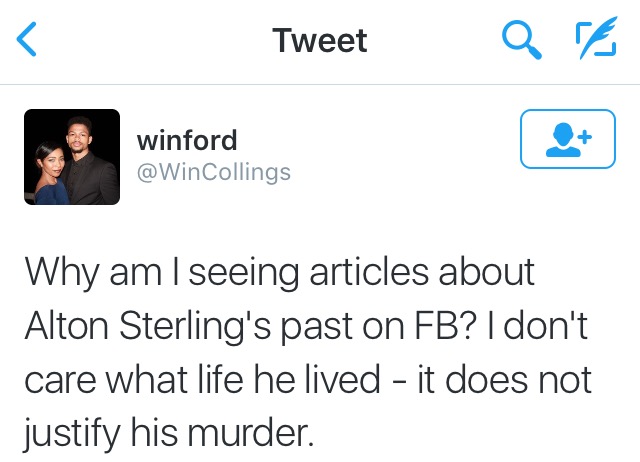 What is the bigger twist?

Korryn Gaines, a young Black woman, was shot and killed by the police force, and her son was wounded. Officers claim to have been pursuing Korryn Gaines regarding a warrant for a traffic violation. This woman did not deserve to have her space invaded or to be killed, but the Black community begs to differ.

Although there are some Black people who support Korryn Gaines, there is nowhere near as much support for her as there was for Alton Sterling. 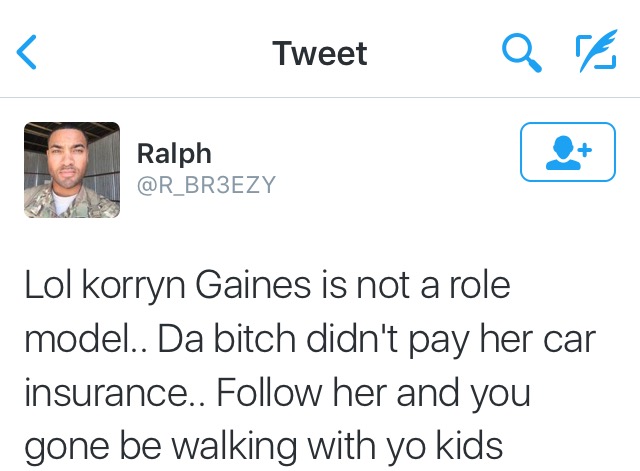 The Black community is criticizing her parenting, her choice to defend herself, and they are all around demeaning this Black woman’s character.

They are saying that Korryn Gaines deserved to die because she “should have complied”.

Is this the same Black community who regularly follows the ideology of “Fuck The Police”? Does that no longer apply when a Black woman is abused by the police force?

This is the same Black community that repeatedly stated that no matter what Alton Sterling did whether recently or in his past, he did not deserve to die. 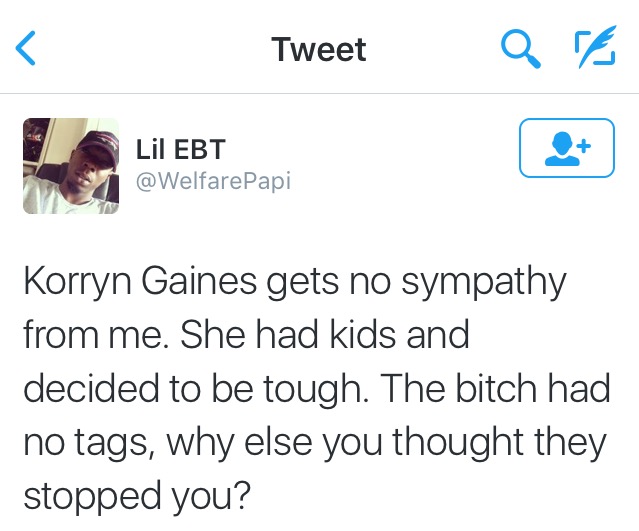 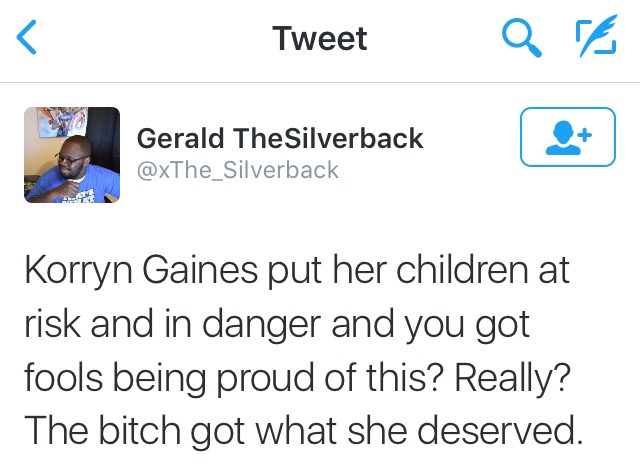 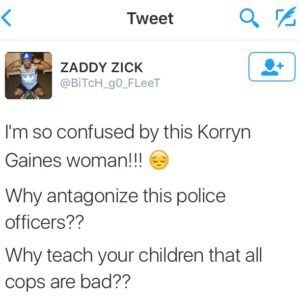 The truth is that, support from the Black community is a luxury that is only afforded to Black male victims.