Even though Dylann Roof murdered innocent black churchgoers, he was still shown kindness and empathy. We should not forget that. EVER.

Guilty. The twelve jurors (nine white, three black) found Dylann Roof guilty of murder. It doesn’t seem very satisfying. I’ve often wondered when I saw the families of victims ask for justice and for laws to be upheld, did they feel redemption when juries ruled in their loved ones’ favor? 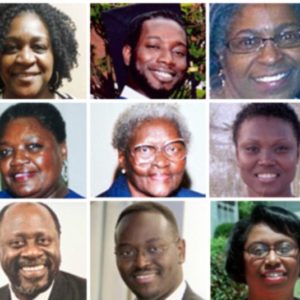 Now that the verdict has been rendered, we get to debate about whether or not he should get the death penalty. And although some of the victims’ families have forgiven him, he still gets to speak to his mother and father everyday while harboring hateful thoughts. Dylann Roof’s parents don’t mourn on Christmas or birthdays for moments that could have been. More black bodies have fallen since his evil act and we are still singing the same old song.

All over America, the Dylann Roofs of the world get our forgiveness and prayers while we never get justice. Even a guilty verdict offers no relief. This Christmas will come and go just like last year’s. The Roof’s will visit their piece of shit son in a cell while a South Carolina community continues to try to heal and move forward without their loved ones.

TikTok Star Joked About Killing Someone; Arrested With Mom For Murder

‘God Is Good,’ Says Ahmaud Arbery’s Family After Three Men Are Found Guilty Of His Murder