On Monday, after paying $10,000 to secure his release, Juvenile was immediately taken back into custody and transferred to the St. Charles Parish jail on a warrant for an unrelated case.

Rapper Juvenile, whose real name is Terius Gray, was released from jail and rearrested Monday in New Orleans.  The rapper has been in a long dispute with Dionne Williams, the mother of his 18-year-old son. In May of this year, Gray was ordered to pay Williams a total of $170,000 in back child support or spend 30 days in jail. Juvenile made a $20,000 payment and then disappeared.

Gray clearly doesn’t look happy in his arrest mugshot. While it certainly isn’t as stylish as Jay-Z or Tyga’s mugshots, he was able to rack up two mugshots in two days! 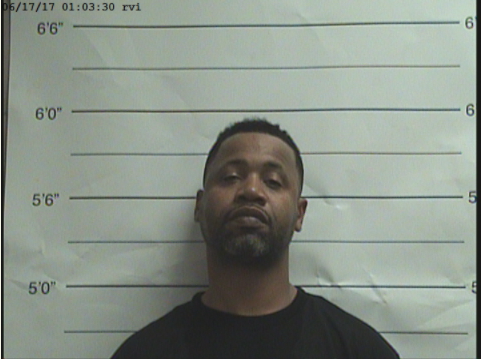 Friday night Juve had a concert at Southpoint Hall in New Orleans. On Saturday, the Magnolia rapper was arrested and booked for failure to pay child support in the amount of $150,000. His arrest caused the rapper to miss a scheduled concert with Mystikal.

The back child support owed stems from 2012 and 2013 court rulings in Williams favor. On Monday, after paying $10,000 to secure his release, Juvenile was immediately taken back into custody and transferred to the St. Charles Parish jail on a warrant for an unrelated case.

Being in jail might interrupt the agreement the Gray made to secure his release. He is scheduled to make a payment of $20,000 no later than July 5, 2017. The rest is slated to be paid after the completion of a tour scheduled to start in September. Luckily the rapper’s bail was set at only $2,000.

The warrant that allowed Juve to be picked back up and jailed is an unrelated 2001 child support case filed by a woman named Shannon Horn. Apparently, the rapper has been ducking a paternity test and child support claim for 16 years.

Dionne Williams has another claim against Juvenile, claiming the 42-year-old rapper owes her more than an additional $70,000 in unpaid support since 2013. The case has not been ruled on yet but if the way Civil Court Judge, Nakisha Ervin-Knott, has made a point of not cutting the former Cash Money Records rapper any slack, Juvey better get his coins together quick.

Charleena Lyles was Killed by Police for Playing Russian Roulette with Her Family's Lives. Don't Make it Racism.

#ArtistTalk: Michael O. Stands Out From the Pack

The Hollywood Chamber of Commerce officials hosted a live video call to announce the 35 celebrities included in their ‘Walk Of Fame Class of 2021.’
byBien Luigi