Between SZA, Solange and Childish Gambino, this seem to be the time for quirky, sensual and funky black music…

Between SZA, Solange and Childish Gambino, this seem to be the time for quirky, sensual and funky black music — especially from black women.

The same goes for American Idol semi-finalist, Danii Roundtree — who’s album, Memoirs, is slated to be released this summer.

The Atlanta songbird isn’t new to the music scene. After rising to be a American Idol top 100 semifinalist during its eighth season, she’s been working. Last month, she performed at the 40th Annual Atlanta Jazz Festival.

Ahead of the EP release, Roundtree is giving fans a taste of what’s to come with her single “Crave.”

Similar to SZA’s debut album Ctrl, the track offers a song of a girl in love. Although Roundree’s track is jazzier and bubblier in tone.

As for the album, Roundtree promises to share stories that are close to the heart.

“Memoirs is an album written from true life events,” she said in a press statement. “We all have that one love story that ends before it starts. And I just so happen to be a singer/ songwriter who documents through song. This album is literally a collection of my memoirs. All the records are personal.”

As for the sound, Roundtree is promising a “throwback feel” that is “Jazz-oriented with Funk and Soul elements.”

But her ultimate goal isn’t just sound — Roundtree hopes to hear her music as the background tracks to moving pictures as well.

“I hope to one-day transition into acting, so I wrote the album as though it was a never-ending Retro movie soundtrack. Ultimately, with the end goal of its contents being put in television, film, commercials, and one day becoming its own short film.”

Check out her single “Crave” below.

Robert Lee IV speaks out on the hatred and controversy surrounding the use of his ancestor's statues.
byBrennen Jones 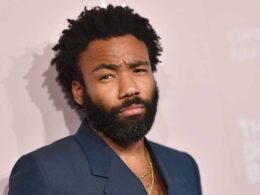 Glover’s fans might have predicted to wait a bit longer for a new release, but apparently that will not be the case.
byBien Luigi

How Does SoundCloud Work? A Guide for Beginners

Are you wondering how does SoundCloud work? If yes, you should check out our beginner's guide here on the important things to know.
byTUT Staff