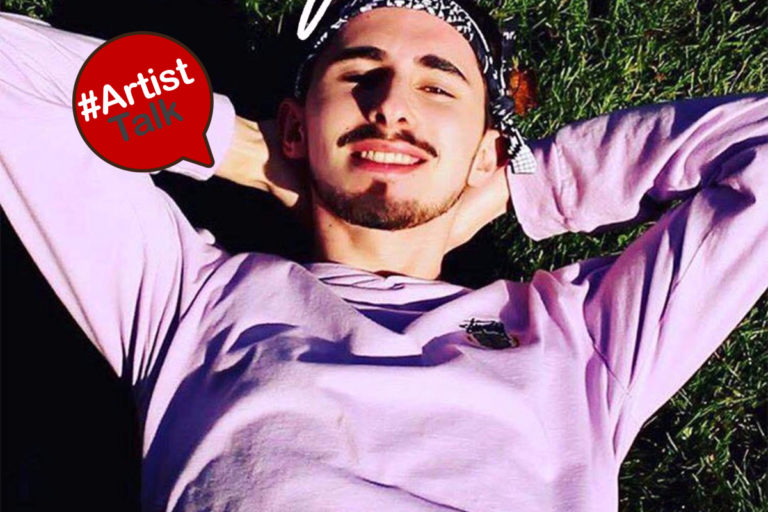 Sunny Mac, 21, is an upcoming Rap/Hip-Hop artist, songwriter, and producer based out of Toronto, Canada, with influences such as Frank Ocean, Kid Cudi, Eminem and Kendrick Lamar. Sunny has immersed himself in the digital transformation of the music business and is evolving his music into the realm of Hip-Hop and Rap. He is set to release his forthcoming album early 2018, Rabbit Whole, which will show off his smooth, jazz-influenced melodies that will captivate and engage.

Is Sunny Mac your birth name or stage name?

My birth name is Alex. It’s a wonderful name don’t get me wrong, but ever since I was young it has been to me too common of a name to truly represent the uniqueness I’ve always felt within myself. The name Sunny embodies the mindset I’ve been teaching myself to develop over the past few years: to always look toward the endless bright possibilities of the future, and never hold onto the darkness of the past. The word itself had always been staring me in the face considering how many times I’ve watched It’s Always Sunny in Philadelphia (one of the greatest TV shows of this generation), so it came to me naturally. Mac is one of my favorite characters from the show, and putting the two together sounded quite nice, so it stuck.

What is the story behind your songwriting lyrics?
I’ve been writing poetry since I was 14, and have always found it to be therapeutic in nature. My first project, Celestial Swing, is comprised of a collection of some of the first poems I ever wrote, delving deep into themes of hope, depression, perspective, love, and finding our place in the universe. The entire process of creating the album, especially during recording sessions, felt like a natural extension of the therapeutic nature I found in writing. The catharsis of it allowed for me to release a lot of pent-up frustration and doubt I had deep within me, and one year later I am truly a more serene person. Each new project I write represents a reflection of myself at the time of writing, so the message I am trying to convey is always morphing and adapting to my emotions and current philosophical state. In essence, though, I am always trying to convey a sense of hope and optimism for the future, regardless of the current mindset I am projecting through the music at that time. I feel happy, loved, sad, angry and hopeless at times, and I can go back to specific songs I’ve written and pinpoint exactly the emotions I was feeling when I wrote them, but no matter what the message is always about maximizing your potential in order to push past the roadblocks and shine.
https://www.youtube.com/watch?v=Live0wFQ-Hs
Since you are from Canada, will any of your songs be in French?
Unfortunately, I haven’t practiced my French since grade 10, so the vocabulary I still have today is quite minimal. But I plan on learning to speak Japanese sometime in my future, so look forward to hearing that.
What circumstances have your experienced that inspired, ‘Rabbit Whole’?
My upcoming album came to me as a direct parallel to the way I have been feeling in mind and spirit following my first project. With its literal release and my metaphorical release of negative energy, I’ve been able to truly hone in on the positive mindset that I’ve been working so hard toward developing. I’m a much more calm, understanding person than I used to be, and so with this new project, I am trying to convey a sense of tranquility and fun while still delivering the lyrical density that I pride myself on.
What made you sign with Above & Beyond Media Relations to represent you?
A good friend of mine Nick de la Hoyde referred me to Above & Beyond for their stellar work ethic and personability, and I can say that they certainly have lived up to this praise.
What happens to your accent when you sing?
I’ve been told by others outside of North America that they can easily tell I’m from Canada when I speak, but not through my music. Friends have told me I actually seem to have an accent when I’m performing, but don’t have one when speaking. So I guess it depends on who you ask. But I don’t know I’m just being me.
Will your music be featured on TV shows?
It would be pretty perfect if It’s Always Sunny hired me to write a song for them. But as of now my music is not currently featured in any TV shows or films.
How do you deal with criticism?
There are lenses we all look through life with, and whichever lens you were raised to or have chosen to wear is personal and subjective. Those who choose to scrutinize others based on race, religion, creed, gender, etc. have every personal freedom to do so, however I believe this not only tarnishes the respect and reputation of he/she who is behind the prejudice but as well detracts from the message the scrutinized may be trying to convey. No form of artistic expression, be it music, literature, film, or any other expressive medium, should be weighed down by meta-analysis that is directed at the character or appearance of the artist. It is admittedly only natural to judge those who put themselves out there to be judged, however it is my belief that the judgement of one’s art should be done in light of its message, and in separation from prejudice associated with the artist themselves (where I would draw the line is if the art itself is intentionally offensive — criticism of the artist for their choice to create it that way is fully warranted in this case). Growing up I happened to fall in love with hip-hop.
Growing up I happened to struggle with mental health issues. Poetry became a natural form of self-expression for me, which eventually led to songwriting, naturally inspired by the music I listen to every day. Granted, I feel as though I’ve created my own lane that is quite diverse and unique in sound, I have musical influences both sonically and lyrically that are clear to both myself and my fans. I don’t try to be anyone else but myself, and the music I write is a direct reflection of that confidence. If one is to connect the sound of the music I create, with the fact that I’m Jewish instead of being from another culture they think is more appropriate, and then decide that to be a criticism of my art or my character, then I say more power to them. I don’t want bigots of other cultures or anyone not accepting of those who express themselves to listen to my music anyway. Wow, you really got a lot out of me there, great question!
Who would be your dream artist to do a collaboration with?
Either Kid Cudi or Frank Ocean. Both have inspired me tremendously with the powerful emotion they envelop their music in. Listening to them makes me feel things I’ve never even felt brought on by real-life experiences. That emotion I feel makes me want to do nothing more than make music just as powerful.
Total
0
Shares
Share 0
Tweet 0
Pin it 0
Share 0 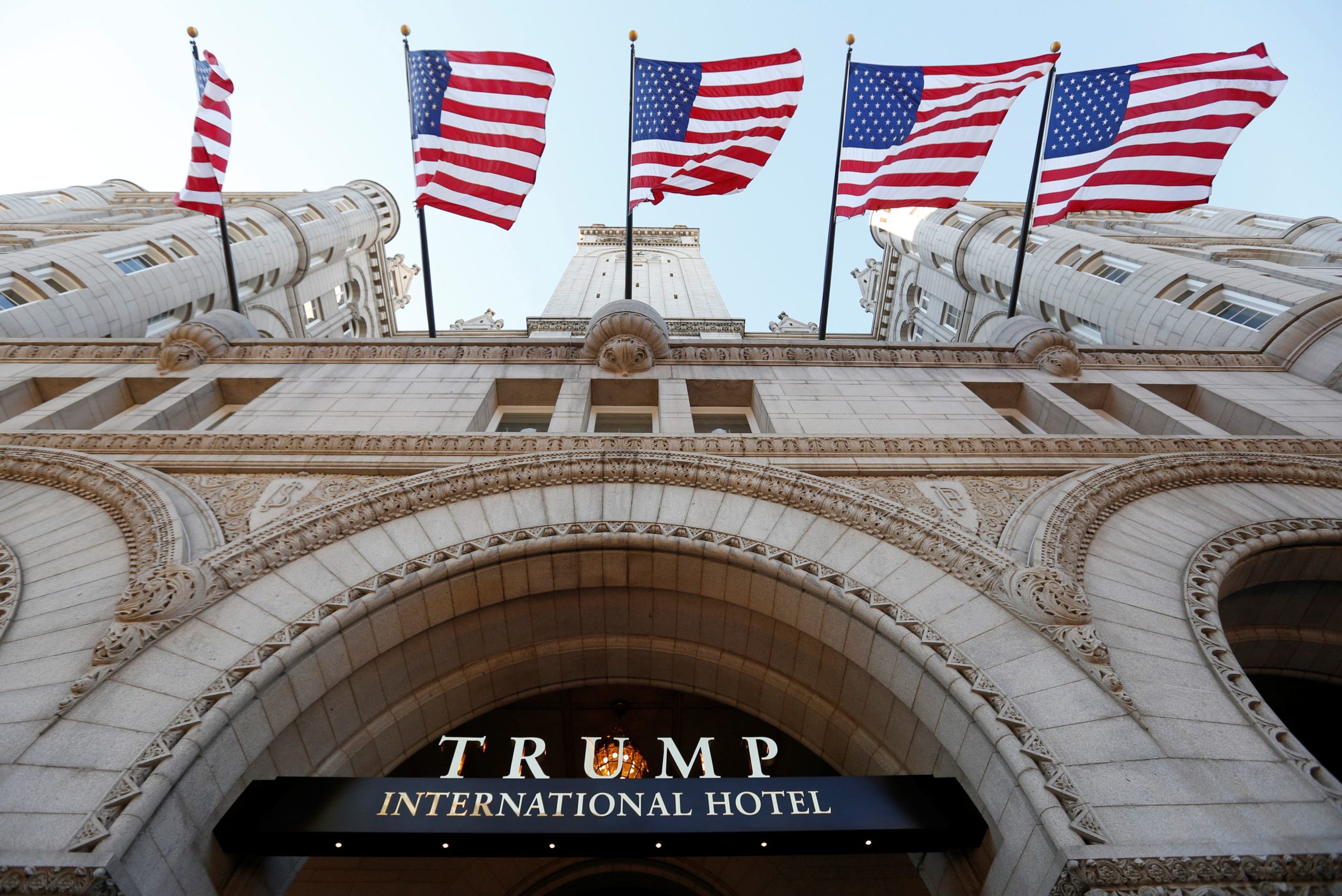 Politics mixed with Business is a Sinister Cocktail