Learn the origin of Wendy's savage lyrical attack on its rivals from a different perspective.

The landscape has changed since Dave Thomas stood at the helm of the label. The charismatic, funny, and kind man that once graced our screens made it cool to stand in line, sit through the drive thru stop and go, just to consume the many hits he was known for. Of course the competition was fierce, McDonalds cranked out its own well known hits like the singles “Fries”, and “Mac Sauce”, that till this day still pack their respected record stores everyday between the hours of 11 AM-3 PM. But nothing compared to the down home, easy-tastings of the Wendy’s roster. Staying true to their originality, and authenticity of its prep skills, Wendy’s became a house hold favorite.

Then he was gone. Leaving behind an empire to his red-headed heir. Sadly, after the legend’s passing, the Wendy’s Imprint has suffered throughout the years to follow. Many of its record stores have been sold off to keep the company afloat. From their slow adoption of the new Value Menu streaming service, to its flat-out opposition to following in the Breakfast tunes format, Wendy’s has fallen off the radar where it once held a strong position. She stuck to her guns, however, hoping that Thomas’ formula for good records would hold the company together long enough for a miracle to happen.

Of course, it did not take long until the shade train came in the form of a tweet. BK’s newly signed artist, Young King, took to the social media platform, sub tweeting below a promotional tweet for Wendy’s new single. Wendy’s did not hesitate to fire back a mean shot!

And it was on! The shots kept coming back and forth between the King and First Lady of Fast Food. It wasn’t long until the other labels entered the fray, dropping new heat, and cheap mumble eats to further dethrone the red headed Queen. She had enough. The empress of fast food took a page out of Gucci Mane’s book and went off on everyone! All felt her twitter finger wrath! From consumers and critics, to here larger than life adversaries. 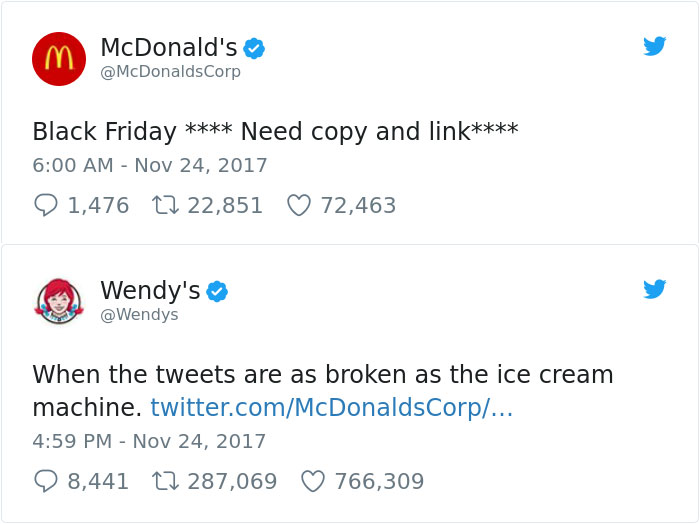 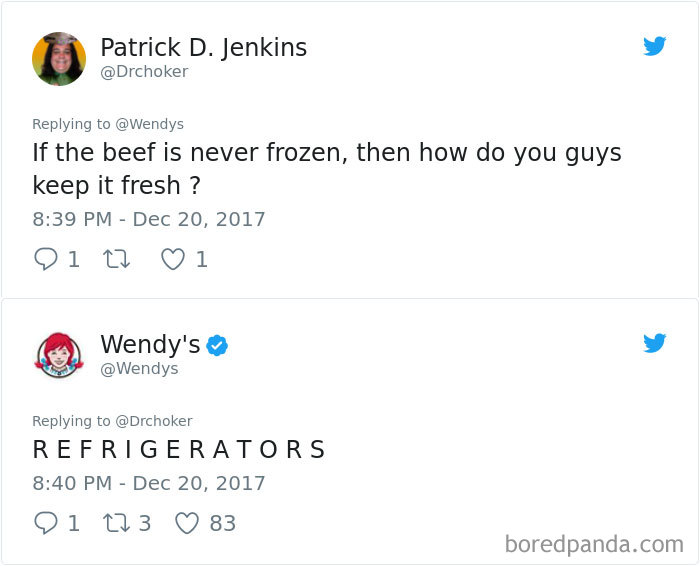 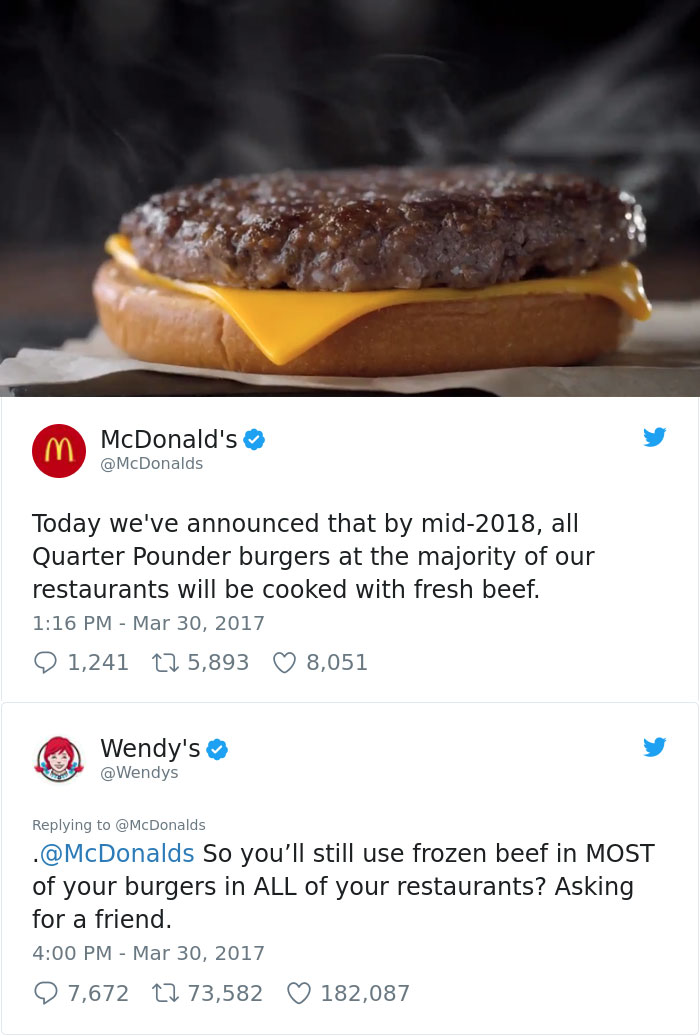 Then….as if Dave himself came to her in a dream and gave her the kind of pep talk that LL Cool J’s grandmother gave to him prior to the release of “Momma said Knock You Out”. “WeBeefin?” drops on Spodify. Wendy’s did not hesitate to state her claim to the throne of the fast food game and putting everyone on notice!

Snapping back at BK’s King on “Holding It Down”:

I’m Socrates ’cause all your ideas just comes from me
They love Wendy’s ’cause everything is so quality
Can’t be no king, yo’ burgers ain’t the finest thing
I can’t believe you peasants have the audacity
You took a L the day you thought to come after me

Also taking aim at the Golden Arches on “Rest in Grease”:

“Boy, we tried your food, where the flavor at?
You number 1? That’s a joke
Why yo’ ice cream machine always broke?
Why yo’ drive thu always slow?
Why yo’ innovation just can’t grow?
It’s queen Wendy, need I say mo’?”

She even had time to throw a tomahawk at the clucker brands like KFC, Popeyes, and Rick Ross’ Wingstop Empire:

The Beef is real! So much so, its hard to stomach any more of the rapid-fire the courses the deep 808s, heavy bass, and Rhodes synths that line the WeBeefin? Mixtape. Will there be a reply? Stay tuned.