A teenager down in Florida is under fire after he created a racist sign to ask his girlfriend to prom. The sign was discovered by users who saw the post on his girlfriend’s Snapchat. 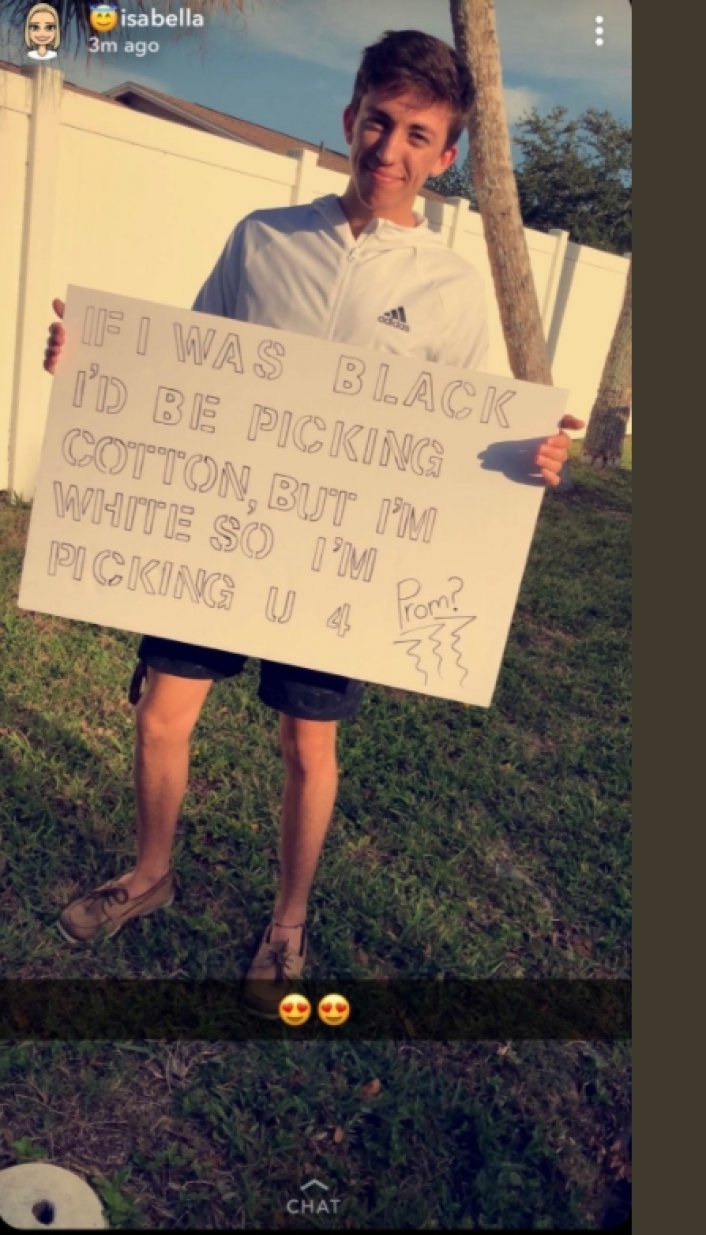 Noah Crowley, an 18-year-old white male attending Riverview High School in Sarasota stood proudly with a sign that read, “If I was black, I’d be picking cotton, but I’m white, so I’m picking u 4 prom.”

His girlfriend, whose Bitmoji appears to be a white girl with the name “Isabella,” captioned the Snap with heart eye emojis.

Kathy Wilks, principal of Riverview High School, released a statement to concerned parents after the Snap went viral. A portion of her statement read:

“We want to make everyone aware of a student’s social media post that has caused a very concerning situation. It involves one of our seniors and his ‘promposal’ to another student. It was racial in nature and administration became aware of it last night.

Many who saw the post are understandably upset with its contents as well as the subsequent commentary to the post. Riverview High School absolutely does not condone or support the message conveyed in this post.

The student’s post is under investigation by the administration; the parents of the students involved have been contacted and appropriate action will be taken based on the investigation.”

They Slayed! The Best African Inspired Prom Outfits of 2016

Prom Night with a Side of Spanking

Is HP and Their Cameras Racist?