R. Kelly: We Finally Got Your Number

You're a sex trafficker.

Robert Sylvester Kelly may be unable to read, write, or do the math, but he damn sure remembers his fairy tales. He’s prided himself on being the pied piper of r&b for decades while candidly admitting to dating teenage girls.

In an article in The Daily Beast, Toure recalled Kelly’s awkward response and was stunned into silence when Kelly asked him, “When you say teenage, how old are we talking?” Toure believes that R. Kelly was trying to bait him into defining teenage girls as 13 years and younger so he could deny an attraction. But Toure stuck to his guns and insisted he was referring to all teenagers, “a wider group for which he could barely hide his affinity. Kelly’s final answer: “well, I have some 19-year-old friends.”

While that interview took place a few years ago, to this day, R. Kelly admits to having several teenage women “friends.” R. Kelly is 51 years old. While some of you may argue that men date younger women all the time and the girls are willing participants, I can guarantee you that none of his victims expected the sordid treatment they’ve received. His treatment not only details physical assault but by legal definitions, sex trafficking as well. For those unfamiliar with the definition of a sex trafficker, let me explain:

According to the Human Trafficking Hotline, sex trafficking is when individuals 19 years old and older perform commercial sex through the use of force, fraud, or coercion. Those who are 18 years old and under are considered to be victims of human trafficking, regardless of the use of force, fraud, or coercion. Commercial sex isn’t just prostitution; it includes pornography and any sexual performance done in exchange for any item of value such as money, drugs, shelter, food or clothes.

We’ve known he’s been shooting underage and unconsenting pornography since the 1990s.

Although there are recent claims that R. Kelly is still having sex with underage girls, his treatment of legal age girls is criminal and falls within the parameters of sex trafficking. Here’s how:

Force – coercion or compulsion, especially with the use or threat of violence.

Kitti Jones had been dating R. Kelly for some time, when in March 2013, she was introduced to another one of his girlfriends. The woman walked in naked and Kelly told her to crawl toward Jones and perform oral sex on her. Jones refused but R. Kelly forced her to have sex with her that night and on a myriad of other occasions. Jones added that he routinely flew girls in so she and the others could have sex with them. She explained, “You can’t say no because you’re going to get punished,” she says. “You just become numb to what’s happening. It’s so traumatic the things that he makes you do to other people and to him.”

R. Kelly’s form of punishment, according to his victims, includes physical and sexual assault and being locked in confined spaces for days at a time without bathroom privileges and food. The Washington Post published a lengthy article detailing additional allegations of commercial sex. 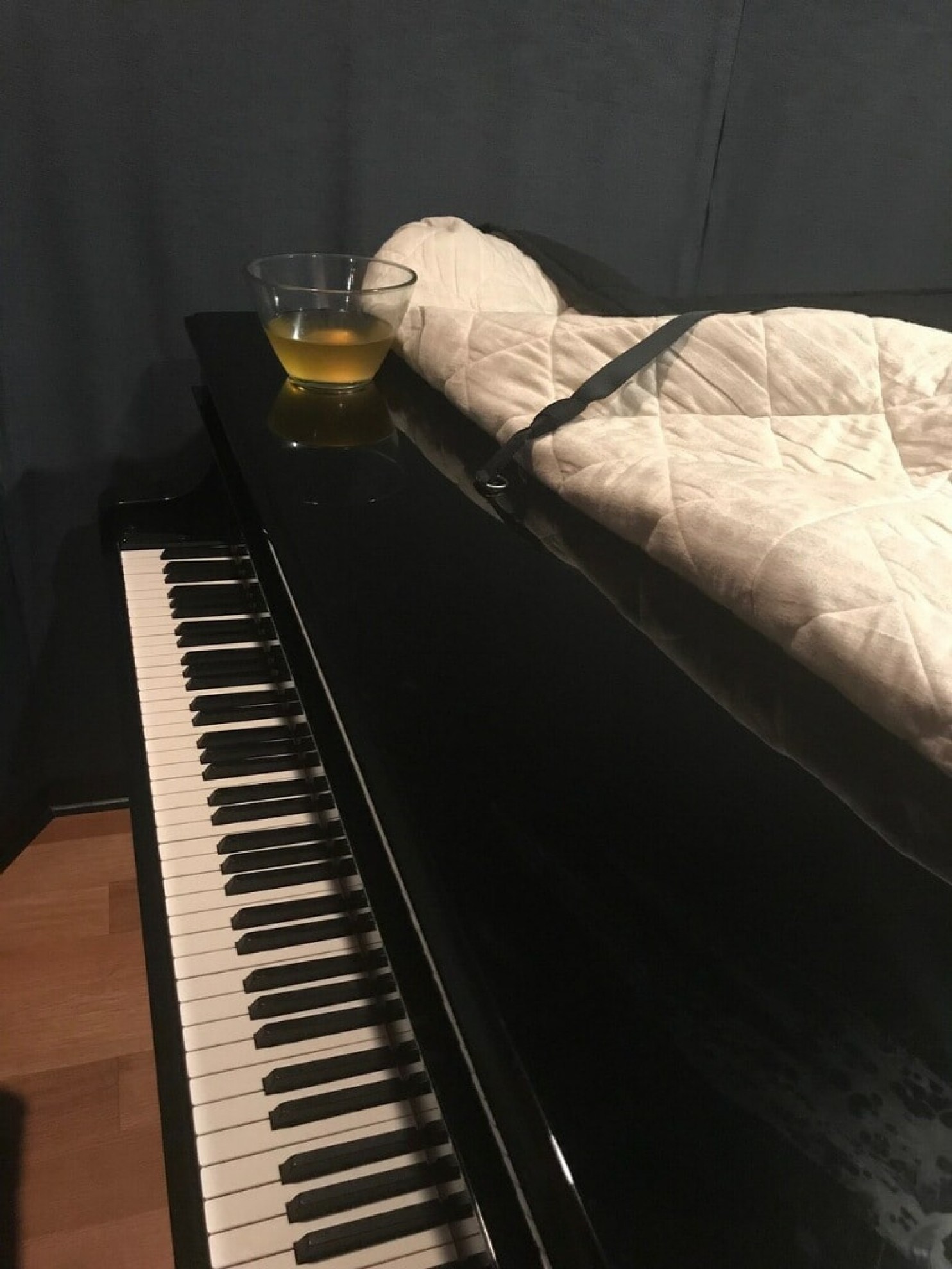 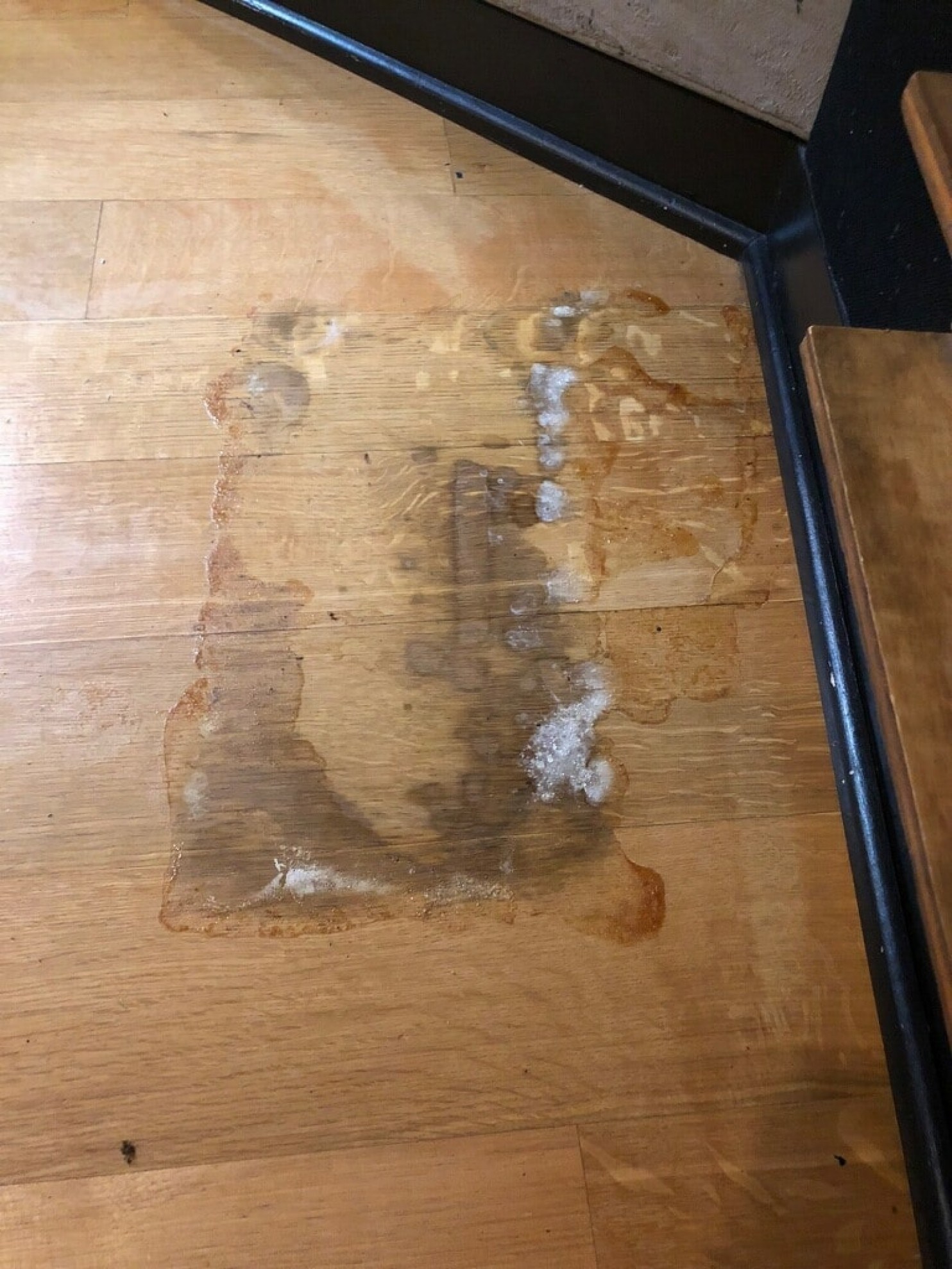 Fraud – wrongful or criminal deception intended to result in a financial or personal gain.

According to court documents and interviews dating back to 2000, R. Kelly consistently used his wealth and fame to lure women, some of them underage, into abusive sexual relationships. He typically promised to make them — as he did with Aaliyah — r&b stars. While he successfully managed her career, we all know he secretly and illegally married her in August 1994 when she was only 15. The moment her parents learned of the news, they sought an annulment and severed all ties with him. To date, none of the other aspiring artists in his circle have released an album.

Multiple women who have spoken out against Kelly described that they were lured to live with him because of his promise to mentor and work on their career. Once they’re isolated from family and friends, he works to get them under his control. The mother of one of his current “girlfriends,” was told that her daughter would be his personal assistant. Lizzette Martinez, an aspiring singer, was promised that he’d help her with her career. In the winter of 1995, she had met Kelly when she was 17 and he was 28. He knew she was underage and took her virginity (the age of consent in her state is 18). Their relationship continued for two years despite Kelly hitting her on five occasions and pressuring her to engage in sexual acts against her will.

Coercion – the practice of persuading someone to do something by using force or threats.

In 1996, Kelly was sued for $10 million by aspiring vocalist, Tiffany Hawkins. She claimed that their first sexual encounter started when she was 15. She “suffered personal injuries and severe emotional harm because she had sex with the singer and he encouraged her to participate in group sex with him and other underage girls.”

In another legal claim, Kelly “disregarded specific statements made by 19-year-old Faith Rodgers that she was ‘not ready to have sex.’” In the latest BBC documentary, she said, “I told him that I wasn’t ready for sex, that I don’t engage in sex the first time I meet somebody – that’s not who I am, that’s not what I’m comfortable with.” She continued the relationship claiming that Kelly raped her frequently and locked her in confined spaces such as cars and studios to punish her for “failing to please” him sexually. This is another definition of commercial sex and every accuser throughout his 20+ year career has given similar accounts.

Another key characteristic among sex traffickers is that they prey upon the most vulnerable: runaways and troubled young women. The documentary host interviews a former employee of R. Kelly who said he’d routinely ask staff to bring him, girls. While they tried to hook him up with age-appropriate women, Kelly never entertained them. He intentionally sought aspiring artists from troubled homes or who’ve had a troubled childhood so he could take advantage of their hopes and dreams. These broken and damaged girls were more prone to believe his lies because of their desire to feel loved, believe that they don’t believe they deserve better, or fear of the consequences if they don’t comply. If there are underage girls living in his homes, they must think his treatment of them is better than returning home or to the streets.

Sexual predators such as Jerry Sandusky, Bill Cosby, Kevin Spacey, Harvey Weinstein, etc. had people in their circle to enable their behavior. The same goes for Kelly. He’s been honing his predator skills for more than 25 years and truly believes he’s untouchable. Recently, he was secretly filmed boasting about it too. Check out the video. His lack of math skills is also evident.

His confidence comes from the fact that the world loves his music and he makes everyone in his circle sign a non-disclosure agreement. But, if a contract is specifically about something illegal, it cannot be enforced.

I’m pretty sure that was explained in writing…neva mind…

It’s quite possible that R. Kelly’s eventual downfall will come from the Mute R. Kelly movement. It’s their efforts that have given this constant media attention; it’s only a matter of time before more victims come forward and the legal system has no choice but to pursue charges.

The two founders, Kenyette Barnes and Oronike Odeleye, have mobilized supporters in several states to impact the singer financially. They’ve since shut down 10 concerts and he’s lost more than $1 million. Both women refuse to give up until the women return home and he stands trial.

To find out how to get involved, visit www.muterkelly.org. 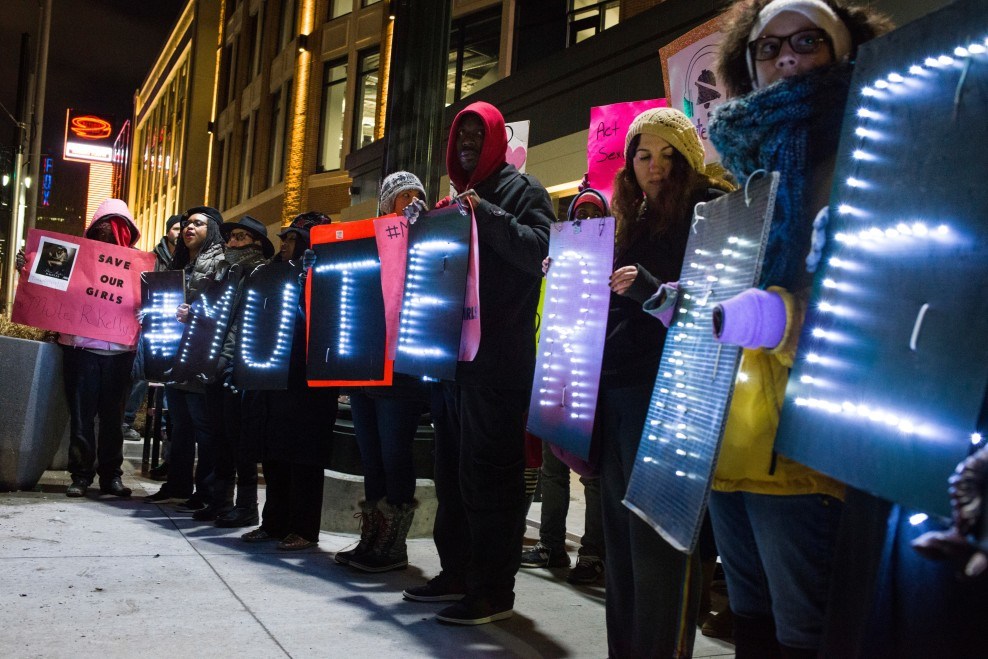 I sincerely hope it’s done sooner than later. Towards the end of the BBC documentary, a beautiful, young r&b singer told the host that she’d have no problem working with R. Kelly. She declared, “He’s a legend and his personal life is none of my business. I know that our song would be #1 not because of me, but because of him.”