We catch up with comedian Red Grant and chat it up on how he became one of the hottest comedians in the game, and also his staying power in an industry that is always changing.

Red Grant is an American comedian, actor, writer, and producer. Known for his infectious laugh and his unrelenting work ethic, Red spends a solid forty-eight weeks a year on the road doing standup and is currently hosting Katt Williams’ 11:11 RNS World Tour.

Red’s career began in 1996 performing at New York’s Apollo Theatre. He’s since gone on to star in such films as “American Hustle” and “First Sunday” alongside contemporaries as Katt Williams, Ice Cube and Tracy Morgan. He’s performed on “Shaq’s All Star Comedy Jam” and appeared in Comedy Central’s “Reality Bites Back.”He’s written for such shows as Snoop Dog’s “Dog After Dark” and Comedy Central’s “Roast of Flavor Flav.” And he’s graced the small screen in his own hour-long Showtime special “Caught Red Handed” as well as Comedy Central Presents’ half-hour special “Red Grant.”

I got a chance to catch up with Red and we chat about what led him to become one of the hottest comedians in the game, and also his staying power in an industry that is always changing.

How did you get started in comedy? When was the first time you knew you were funny?

I’d say back in college. I mean, I knew I was funny when I was little after my mom and dad divorced, I would always make her laugh. But even still I didn’t know if I wanted to be a comedian. I wanted to be an R&B singer (laughing).

And then when I got out of college, one of my frat brothers told me I should audition for Def Comedy Jam. I was scared during the audition but I did really well and knocked it out and ever since then I really haven’t had a regular type of job since. 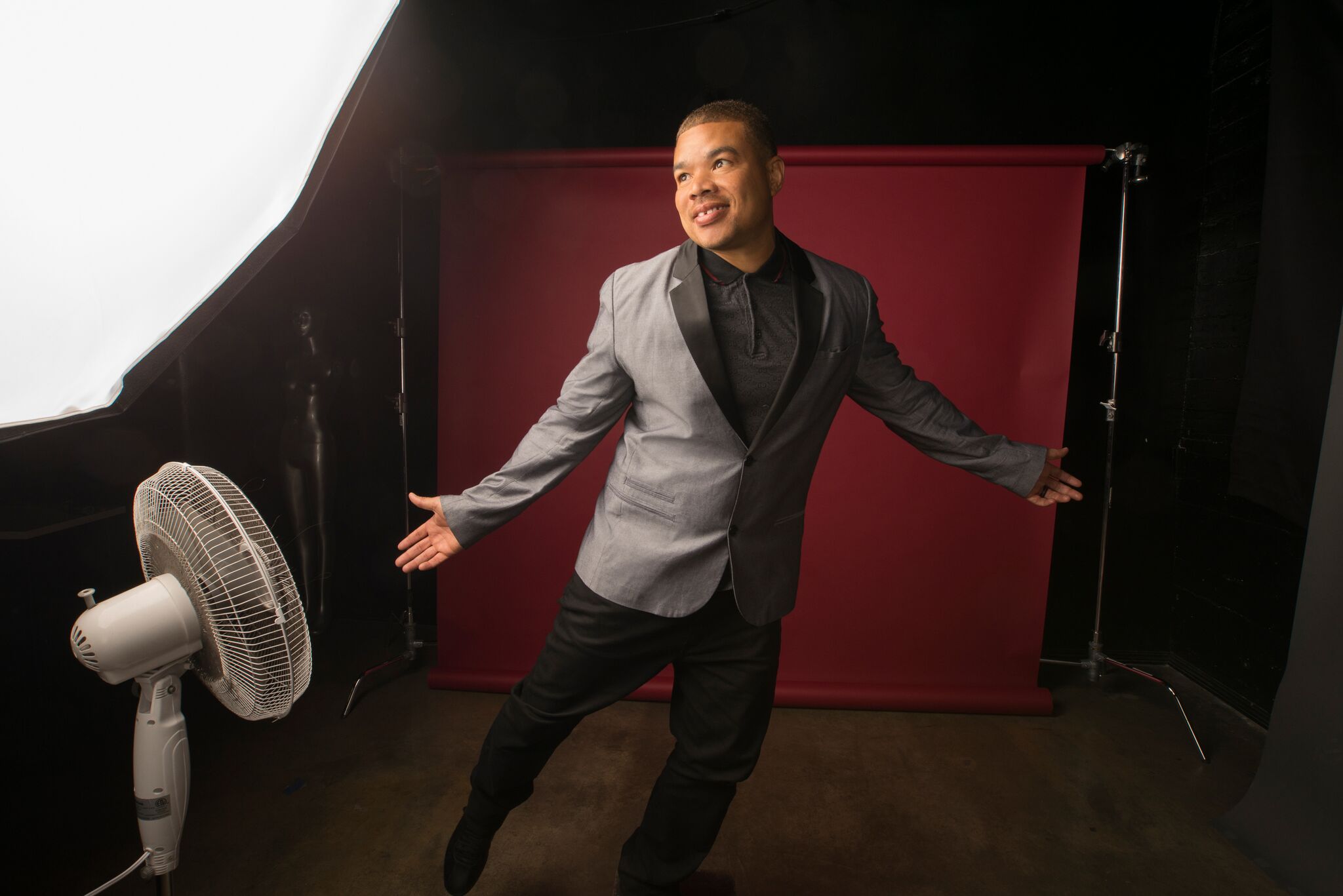 So you really didn’t have any other type of job since?

Not after that. I did Apollo also…and Def Jam all on the same weekend. And then Teen Summit hired me over at BET. I moved to New York and things just started popping. And then I got into producing movie and films.

How did was it like to perform at the legendary Apollo theater?

I actually performed there 3 times. The thing about performing there is that the crowd doesn’t really care about who you are, what you do, or what you have done. They’re on you! I destroyed it when I was on there. I was in the zone. I was 19 years old and really didn’ fear anything. I just gave them what I needed to give them at that time.

Was that back when Steve Harvey was the host? I can’t remember.

Yeah, he was hosting Apollo. He really gave me a great intro and made it easy for me.

Did he get a chance to give you any advice to help push you along to where you’re at now?

Anybody that I come across as far as a comedian that I respect, they touched me in some way. Even way back to my early days in DC with Chris Thomas and Dave Chappelle.

Yeah, my family is still there.

Why don’t you tell me more about your Grow Up tour?

Well, I’ve been touring with Kat Williams This year it’s the 11/11 tour and we just did like 60 cities. But every Summer there’s downtime and we take a break. And then after the break, we do another tour.

Typically, we touch over half a million people whenever we tour and I get requests from my fans a lot like “when are you coming out and doing some clubs” and so this summer I decided that I am going to do about 12 or so shows.

Is this your way of staying sharp, during the downtime to kind of stay on your game? To kind of practice your craft?

Oh yeah! You can’t get soft out here. You got to stay relevant and stay on stage. Once you top going on stage, it’s over for you as a comedian.

How’s it like working with Kat Williams? I know that he’s one of the hottest comedians out, but he’s also been in the media for a few things. Without trying to go too deep into his personal life, what can you tell us about him that the average person may not know, someone who may only follow him on the news?

That he’s a very giving person. I mean he would give his last to a person. So he’s definitely a giving individual.

He’s a genius. And like when I say genius, I mean he’s really a genius. I mean you have people out here who say they’re geniuses and they’re not.

I think we’ve all met a few people like that. (Both laughs)

…and he’s a cool genius! Sometimes people kind of like take geniuses and be like you got to be nerdy or whatever. But this dude is super cool. Super respectful. He’s just a cool dude.

And another thing people don’t know is that I owe him so much because he’s helped me become a better comedian and helped my career.

I heard that you’re an avid golfer. Is that another one of your passions?

How did you come up with the name “Golf Beef?”

Basically started because we would trash talk each other on the golf course. And we started calling it “Golf Beef,” so we were like why don’t we trademark it? And it really turned into something special. We’ve given over $50,000 back to kids and youth football. We helped support Snoop and his youth football league.

Out of all of your celebrity friends, who is the best golfer?

Anthony Anderson. Flex Alexander. He’s a good golfer. Chris Spencer…he’s average. But as far as who really surprised me, I’d go with Anthony Anderson because he comes from LA straight from the hood. And you’d never think he would be a golfer. I mean, Cedric is cool…

What about “brothaman from the fifth floor?” I saw him in one of your promotional videos. How did he do?

(laughs) He’s good. I beat him 20 straight and he’s won the last one so he’s pretty happy right now.

Well, you’re only as good as your last game. So I know he’s letting you have it right now.

Yeah, you know it. (laughs)

So what else do you have in the works? I know you got the tour and all of that, but what else is coming down the pipeline?

Well me and Kat just did a movie called 2 minutes of Fame. It has me, Kat, DC Young Fly, and Jay Pharoah. It comes out at the end of the summer.

You can read more about Red over at his website. You can go here to see upcoming tour dates in your area.