Since dropping single ‘Slingshot’ on June 14, 2018, fans already guessed a new album release for 2018, one year after Gawvi’s last studio album ‘We Belong’ in 2017. Four other songs continued as appetizers before the official album release, all in a crazy mix of hip-hop, EDM, Christian- and pop music, making a switch from not only being a producer for his label mates at Reach Records but leaving his mark as a genuine solo artist.

Inspired by Tejano singer Selena, whose brother produced her music, Gabriel Azucena aka Gawvi realized he could make music for his own sister as well, who was also singing. In 9th grade, he eventually took first steps in music production, when a friend handed him the audio workstation FruityLoops, just to ‘mess with it’. Unfortunately, his love for hip-hop was not well seen in his home, as his mother once even broke a Dr. Dre CD he lend from a friend, disapproving the cussing words on the record. As she did see Gawvi’s passion, however, his mom handed him a Christian hip-hop album instead: ‘Human Emergency’ by The Cross Movement, which blew him away and made him dig right into inspirational hip-hop. Discovering rapper Lecrae would eventually change his life. Seeing him as ‘the coolest guy ever’, he stalked ‘Crae on three of his concerts, handing him his work in CD form, but by mistake would always forget to leave his contact info. Gawvi eventually shared information with Lecrae and was invited to Reach Records’ headquarters in Memphis, and hereafter got signed as a music producer. While producing records for Lecrae (most notably ‘Nuthin’ and ‘Say I Won’t’ (featuring Andy Mineo)), label mates Tedashii and Trip Lee, and also got the chance to work with Pharrell Williams and Rodney Jerkins, Gawvi ultimately would get amazed by the public’s reaction of his produced songs, asked himself ‘What if I did that?’, and having the desire of being a solo artist himself. After dropping several EP’s, his first full solo record ‘We Belong’ draw positive attention with the help of single ‘Rock n Roll’ (feat. ELHAE), and right away reinvented himself in his new effort ‘Panorama’. The music and style of the 5 previously released songs from the new album, merged with creative artworks, make for a promising start. Let’s find out more. 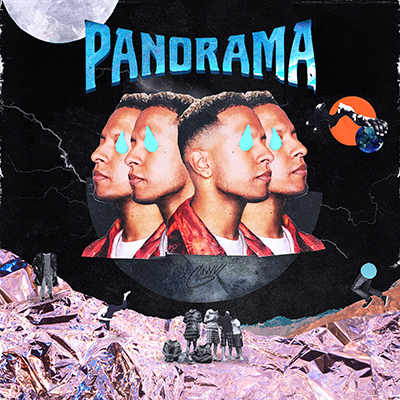 With 1:58 minutes the listener gets introduced in title track and opener ‘Panorama’, starting with his trademark shout ‘Gawvi, Get ‘em!’. Track number two, ‘Slingshot’, gives a modern and energetic twist on the table, with a nod to Michael Jackson’s ‘Smooth Criminal’, as the lyrics go: ‘Southside Flo’/No, we don’t play/Then I throw/Annie are you Okay?’

Hip-hop beats continue with trap influences in ‘Nauseous’ and some R&B flavors in ‘GNO (Guys Night Out)’. ‘Salud’, one of Gawvi’s favorites of the album, sweeps along in dreamy fashion. The sorta-interlude track (1:45 minutes) throws motivation to the listener: “I know how you feel/I hope you one day see it/I know why they fake/They all afraid.”

The standout track from Panorama is by far ‘Fight For Me’. The encouraging lyrics are written from frustration in being put in a box with his music, but translated into a general message for everyone that’s fighting for something. The hopeful vibe supported with trumpets is not only greatly performed by Gawvi, but as catchy as ever. Lecrae takes over with a smooth rap, flowing perfectly within the track, rapping: “I’ve been lost and feeling lonely/Tell ‘em they can’t hold me/Lookin’ in the mirror like, when you fighting for me?” The music video, released July 13, where Gawvi teaches great values to a young boy, is a fresh and feel-good take for today’s society.

Music Video for ‘Fight For Me’

The calm and steady ‘With You’, on the other hand, stands out for its effortless allure. While the lyrics cope with depression, the death of a friend, and marriage trouble, the mild acoustic guitar and beautifully shot music video in a forest makes this track an appealing crossover track.

Music Video for ‘With You’

A noticeable aspect in ‘Panorama’ is definitely the Carribean roots shared in his music, as the Latin-flavored ‘Dulce’ is completely performed in Spanish, a feature rarely seen in hip-hop. Also ‘Trapchata’ uses Southern charm, sharing his Dominican background in a tropical flow. The Spanish line flows throughout the album, like in bluesy ‘Moments of Fear’, a message from his mom about the power of love, ending her message with the words ‘Te amo’, or in ‘Green Card’, exclaiming ‘andale, cipote’ continuously. The Spanish flow goes hand in hand with ‘Don’t Leave’ where guitar and urban vibes create a dreamy laid back song about love. In contrary to ‘Baker Act’, where dark and helpless sounds coincide with the lyrical content about coping to find a purpose but keeps the dark vibe with more confidence in ‘Fashion Joe’, featuring label mate KB. This is balanced out with playful ‘No Gas’ and chilly pop track ‘Imperium’, while ending the album with straightforward hip-hop ‘Get Em’, that fires up beats with Aklesso, Rhomar Jessy, and TROSSTHEGIANT.

As the album’s name predicts, Gawvi describes the album’s vision as a panorama – a wide-angle view of a physical space. Lyric-wise the album follows the direction of a broad view of his life and emotions. Personal experiences and deep thoughts are the drive throughout the album, while on the other side partying, friends and love relationships fill the other angle of the panorama.

The album does not shy away to blend hip-hop with either latin, pop, or R&B, which somehow does not change the lane. The tracks together can act as a whole, most likely due to the clean production. But as clean as it is, production and mastering sometimes feel too much in focus, as certain tracks sound not only clean but polished. The creative aspect, however, has a big presence. Not only the music, but also the spaced out artworks, including the album cover, and, very noticeable, nicely done music videos. Panorama, therefore, presents itself as an art form of its own.

Banger Track:
Fight For Me

Other Highlights:
Panorama
With You
Dulce
Imperium
Trapchata
Get Em 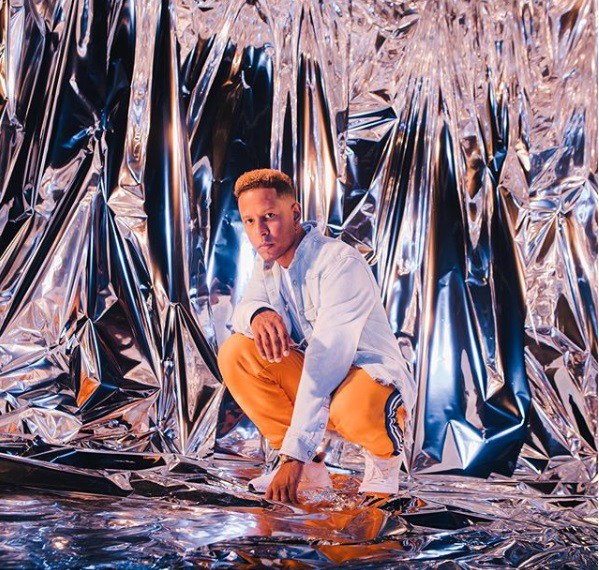 Promoting Music Literacy With Your Children

The Best Options For Streaming Service This Weekend

The Season 3 Trailer For ‘Call Of Duty: Warzone’ Features Everyone From Young Thug To Mookie Betts