Medical Malpractice in America: A Serious, Yet Silent problem

Medical malpractice isn’t something you see on the news every day, but this doesn’t mean it isn’t a pervasive problem.

Medical malpractice isn’t something you see on the news every day, but this doesn’t mean it isn’t a pervasive problem. Thousands of instances of medical malpractice occur in the United States each year, and it’s something that deserves more attention.

Peeking Behind the Curtain

For someone who has never been affected by a doctor error or healthcare-related mistake, the idea of medical malpractice can seem a little foreign. However, it’s not exactly a rarity. According to a 2016 research study published by Johns Hopkins Hospital, medical errors result in approximately 250,000 deaths each year. This makes it the third leading cause of death in the United States behind heart disease and cancer.

Interestingly enough, however, the numbers may actually be much higher. That’s because the CDC’s method of collecting data on medical malpractice isn’t as accurate/consistent as it should be.

“Incidence rates for deaths directly attributable to medical care gone awry haven’t been recognized in any standardized method for collecting national statistics,” says Martin Makary, M.D., M.P.H., professor of surgery at the Johns Hopkins University School of Medicine. “The medical coding system was designed to maximize billing for physician services, not to collect national health statistics, as it is currently being used.”

This much we do know: Medical malpractice is a huge problem that commands serious intervention – not just to protect healthcare professionals and facilities, but to keep patients safe and free from unnecessary harm.

According to a separate report published by Coverys, a malpractice services provider, 33 percent of malpractice claims are related to errors made during a patient’s diagnosis. Of these claims, more than half involved poor clinical decisions. Surgical or procedural claims (24 percent) are the second most common sources of malpractice claims, while medical management claims (14 percent) come in third.

Since the beginning of the 21st century, there has been a steady decline in the number of malpractice cases brought against health care professionals. However, it’s still a major issue. And of those who do file claims, the payout/settlement amounts are often inadequate.

As Ward & Barnes, P.A. explains, “Many injuries from medical negligence require expensive ongoing treatment and maintenance, as well as costly medical equipment, medications or long-term nursing and rehabilitative care. Even with health insurance, many victims of medical malpractice find their coverage does not pay for all the associated costs of treatment for their injuries.”

Victims of medical malpractice are vulnerable. It can be hard for them to understand their rights and secure the services of the right attorney before the healthcare professional’s legal representatives get in their ears. The results can be devastating for a victim’s long-term prospects.

If there’s one thing all doctors, healthcare professionals, hospital administrators, and patients can agree on, it’s that medical malpractice is unwanted. And if we’re serious about combatting this issue, we need to implement safer solutions that lower risk and promote safety.

From the patient side of things, awareness is a big deal. There’s power in numbers and we, as a society, must speak up on the topic of medical malpractice and make our voices heard. In doing so, we can put pressure on legislators and decision-makers to introduce new standards that drive up the quality of care.

From the healthcare side of things, there are plenty of steps doctors and physicians can take to reduce the risk of malpractice. In particular, greater transparency is needed.

“The shift to patient-centered care is designed to help patients be part of the decision-making process,” Liz Seegert writes for Medical Economics. “But that requires openness and communication by the physician about information in the medical record.”

Doctors shouldn’t guard patient records like they’re some big secret. Instead, there needs to be more open communication about why tests are ordered, what possible actions should be taken, and which risk factors are present. This makes healthcare decisions seem more mutual. And should something go wrong, there’s less of an impulse to put 100 percent of the blame on the physician.

There’s no singular answer to how we fix a broken system where hundreds of thousands of people are impacted each year. However, by working together, we – patients and healthcare professionals – can put a dent in this horrible epidemic and make modern healthcare safer for everyone.

Eye Health Is In: Stylish Steps To Protecting Your Vision 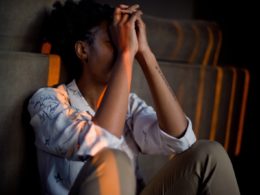 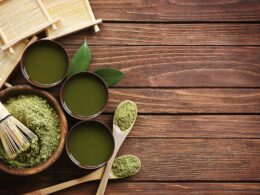 10 Ways of Dealing with Stress During the Pandemic

If you’ve been getting insufficient sleep or feel more irritable or unable to concentrate amid the pandemic, you…
byTUT Staff 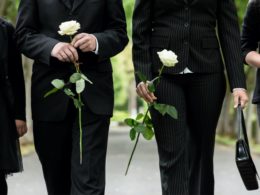 Choosing a funeral poem or reading can seem overwhelming. Use these tips to select a reading, or write one of your own to honor a loved one.
byJonah Carte

Don’t Know Your STDs? A Guide to the Infections You Should Know

The stigma around STDs is actually worse than the STDs themselves.
byTUT Staff