How Income Inequality Affects Your Health

There are many factors that can affect a person’s health.

There are many factors that can affect a person’s health. Genetics, environment, diet, and exercise can all be important elements that contribute to the overall health of a person. However, being poor, and thus unable to afford health insurance and medical care, can have the largest impact on health.

The cycle of poverty explains why poor people stay poor. Inherited poverty, subpar school systems, and fewer opportunities combine to create a situation that affects generation after generation. However, making the connections between poverty and poor health can be trickier.

To what degree does poverty actually influence health? The WHO outlines several factors that affect health, including a variety of circumstances and environmental factors, such as:

How many of those can be affected by poverty? The amount of money a person or household has directly affects every item on the list except for genetics and relationships, though money can often have an indirect effect on relationships, as well. The WHO further broke out three factors that most contribute to health:

How many of those are affected by poverty? Socio- and economic environment and physical environment are obviously affected. Growing up poor and having the mindset of someone in poverty affects a person’s character and behavior. In other words, income level, more than any other factor, will have the greatest impact on your health.

Higher income and greater social status are both linked to better health. The greater the gap is between the rich and poor, the greater the difference in the health of those people. This can be seen in many facets in trying to stay healthy, such as diet or access to proper exercise resources. According to a story in the Washington Post, rich Americans eat significantly healthier than poor Americans.

According to the WHO, low levels of education are directly related to poor health, including more stress. The education gap between rich and poor is growing wider than ever.

The WHO defines the physical environment as including “safe water and clean air, healthy workplaces, safe houses” and others. There is an obvious correlation between levels of wealth and all of these factors.

Do people have access to health services to treat and prevent disease? Low-level jobs don’t often come with health benefits, meaning many poor people are stuck paying out of pocket or foregoing care altogether. An ambulance ride without health insurance could result in thousands of dollars of debt.

Healthcare practitioners can perhaps do a better job of identifying underserved populations. Unfortunately, with a problem this large, simply identifying isn’t going to be enough.

According to data gathered by the Kaiser Family Foundation, as reported by Bradley University, there are 6,600 communities in the U.S. that were identified as a health professional shortage area. Kaiser analysts noted that “poverty is the most common roadblock, especially for African American and Hispanic residents.”

Unfortunately, as the disease of poverty grows, so will the number of people affected by it. Even more unfortunate is how much socioeconomics will continue to impact the health of those living in poverty.

A COVID-19 test that will provide results in less than 15 minutes has been approved by the US Food and Drug Administration.
byBien Luigi 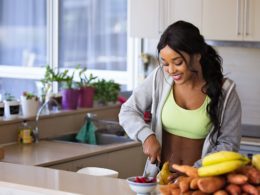 The average American spends approximately $11,000 on healthcare. For most people, keeping their mind and body healthy is something they view as a top priority.
byTUT Staff

The Coronavirus is spreading out of control and is now hitting US cities hard, to get ahead of…
byBien Luigi

7 Smart Tips for a Healthier Microbiome

A microbiome is the bacteria in the digestive system, and it is an essential organism for your well-being and general health.
byBrenda Mick