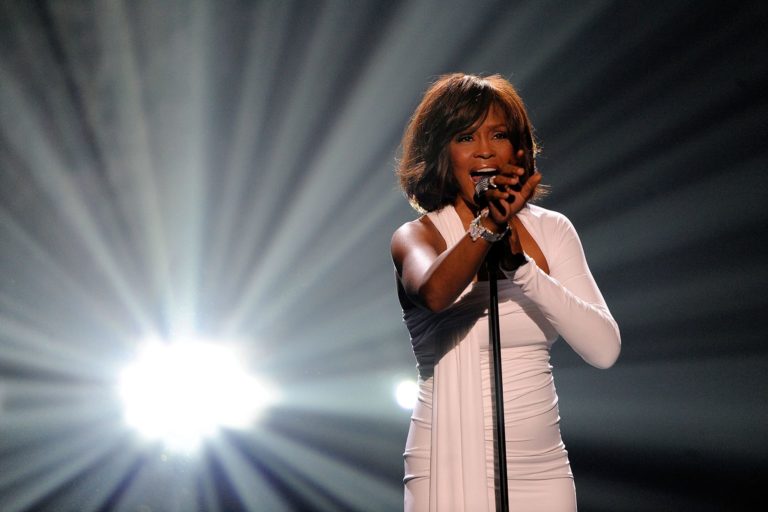 It’s been in the works for a while now, but Whitney Houston’s first official look as a singing hologram has just been revealed.

The sought after hologram of the singing legend where she performs her classic hits will be part of a new Whitney tour.

The upcoming Whitney Houston hologram tour is titled “An Evening with Whitney” as previously reported. The tour began its international leg in Mexico on January 23, 2020 and will end in Belarus on April 3rd.

In relation to the hologram tour, “She adored her audiences and that’s why we know she would have loved this holographic theatrical concept,” Whitney’s former manager, sister-in-law, and executor of her estate, Pat Houston, had to say.

“An event at this level is something special and Base Hologram’s track record to be fully authentic and respectful made them the perfect partner. This upcoming tour will allow audiences to experience Whitney’s amazing voice and passion for music for a long time to come and help them share that magic with future generations,” she added.

Before the tour formally moves stateside in the fall, there will be a six-month break. The tour is produced by BASE Hologram, in partnership with Whitney Houston’s estate.

The incorporation of dancers, a live band, choreography from Aaliyah’s former choreographer Fatima Robinson would also be included in the tour.

It is also reported that they will include Whitney’s biggest hits, such as “I Will Always Love You,” “I Wanna Dance With Somebody (Who Loves Me),” “The Greatest Love of All” and “Higher Love.”