A homeowner is furious, shocked, and upset, just a few words to describe the feeling, when she learned that her son threw a massive house party that ultimately went viral.

The woman, who asked to remain anonymous explained that she was working a 24-hour shift as a first responder when her son threw the massive gathering.

“I was astounded when I saw the video,” the homeowner told NBC 5 in an exclusive interview. “I came home, my house was clean, nothing was out of place,” she said. “And after that, some police came to my house and said, ‘Were you aware that it was a party at your house?’ And I was like, ‘No, I wasn’t aware.’ And then they showed me the video.”

The woman said she was even more furious with her son because she hadn’t seen her family in weeks in order to maintain social distancing to protect them. “I haven’t seen my family in two months because I don’t want… because of my job I don’t want to expose them to anything,” she said. “So if I’m doing social distancing, then I most definitely don’t condone this type of behavior.”

The woman’s 26-year-old son Janeal Wright also spoke with NBC 5 and said he had invited 20 to 30 people to come and celebrate the lives of two friends who became victims of gun violence in Chicago. However, that number quickly jumped to hundreds of people.

Wright admitted that he knew his mother would be at work at the time and said he deactivated the home’s video doorbell so that she wouldn’t get notified of the increased activity at the house.
He told the news site, “With us being young, us being millennials, like the mayor said, we didn’t really know how severe this was,” he said. “It really hasn’t been hitting home for us like that, but now I see the error of everything,” the news site quotes.

The mother was eventually cited for the party at her home but State Rep. LaShawn K. Ford said he disagreed with the decision.

“I’m hoping that she is not penalized for something that her young children did,” Ford had said earlier Monday.

Despite that, she promised that this incident would never happen again.

$180 Million In Total Of Bonuses Given By Walmart To Employees

New video is released that purportedly shows a mermaid or some sort of man-fish creature. What do you believe?
byBrennen Jones 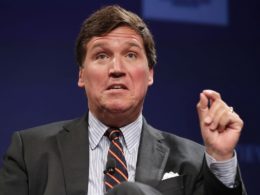 Woman Finds Dead Rat In Can Of Chef Boyardee