As we learn more about the fatal shooting of 25-year-old Ahmaud Arbery, which has shook the Black community,…

As we learn more about the fatal shooting of 25-year-old Ahmaud Arbery, which has shook the Black community, and his assailants, a lot of things are starting to unfold.

It seems there was a mysterious card left at the crime of the tragic incident.

Captured by a local news station, the card reads, “I am sorry. I should have stopped them.” Many are wondering if someone else witnessed the crime, at the time of the fatal shooting? According to TMZ, the card will be turned over to the GBI and is a “critical piece of evidence.”

Arbery’s family attorney, Lee Merritt, says a picture of the note will be sent immediately to GBI agents along with investigators working for District Attorney Joyette Holmes.

Previously, Joyette M. Holmes has been selected as the lead prosecutor in this case.

It can also be recalled that Ahmaud Arbery was fatally shot, in February, while taking a jog in a neighborhood located in Brunswick, GA. The arrests of Gregory and Travis McMichael came after a video of the crime was released and many expressed their outrage.

How to Help Your Community in Times of Crisis

Black sisterhood is at an all-time low in 2016. Online and offline, I see black women tearing each other to pieces like rabid dogs.
byKathy Henry

The message is simple. Jamie Foxx wants all the ladies to quit their jobs. But in today’s economic…
byBrennen Jones 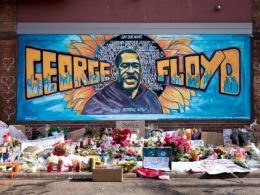