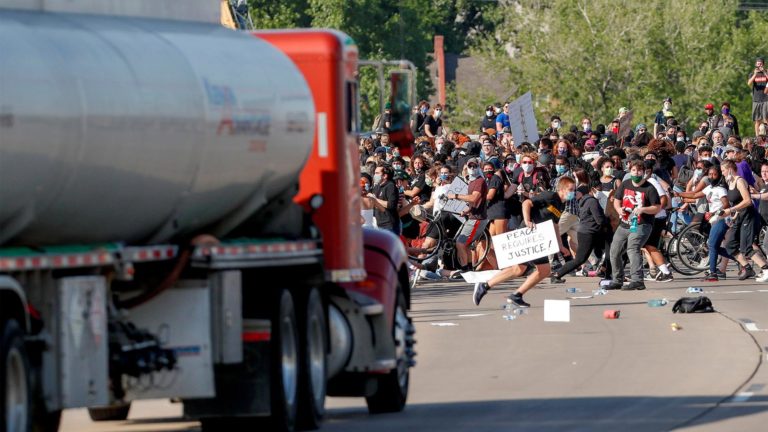 A large truck had sped down the highway into crowds of protesters.

Some reports stated that the driver was eventually stopped by a group of protestors, got beat up, and was later arrested.

As of right now, the driver has not been identified yet. We will continue to keep you updated when more details have been shared.