She explained how her own feelings led her wrong about the movement to defund police and then urged her followers to seek out additional resources on the issue.

Calls to “defund the police” amid ongoing protests against racial inequality have moved in a matter of weeks, from the radical left into the mainstream discussions, and now Natalie Portman’s Instagram account.

The Oscar-winning actor expressed her support in a lengthy post on Monday for the movement to fundamentally overhaul the policing system in order to increase safety and justice for the country’s most vulnerable populations.

Portman said initial response was fear when she first heard of the effort which, she explained, was a manifestation of her white privilege.

“My whole life, police have made me feel safe,” the “Black Swan” star wrote. “But that’s exactly the center of my white privilege: the police make me as a white woman feel safe, while my black friends, family and neighbors feel the opposite: police make them feel terror. And for good reason.”

“Police are the 6th leading cause of death for black men in this country. These are not isolated incidents. They are patterns and part of the system of over-policing of black Americans. Reforms have not worked,” she continued.

She noted that the police department in Minneapolis, where George Floyd was killed, was once considered to be among the most progressive given the steps the force had taken in recent years, including anti-bias training and other accountability measures.

Portman then pushed her followers to imagine a world in which people “invested in nourishing people; (in their education, healthcare, environment, shelter)— rather than putting all of our money into punishment.”

She concluded by explaining how her own feelings led her wrong about the movement to defund police and then urged her followers to seek out additional resources on the issue.

“I’ve gotten to the age in my life, where if my gut feels uncomfortable, I take the situation as wrong,” she wrote. “But this concept initially made me uncomfortable because I was wrong. Because the system that makes me feel comfortable is wrong.”

Portman has joined a chorus of celebrities calling to reallocate police funding to education, health care and other programs for Black communities, with the likes of John Legend, Lizzo, Jane Fonda, Taraji P. Henson and more adding their names to an open demand letter organized by the Movement for Black Lives.

Earlier this week, the Minneapolis City Council announced that it intends to dismantle the police force in the aftermath of Floyd’s death, stating that the department “cannot be reformed and will never be accountable for its action.”

Nipsey Hussle’s death is still hitting everyone hard, but recently T.I. compared his death to a loss on the Avengers.
byBrennen Jones 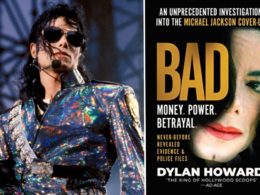