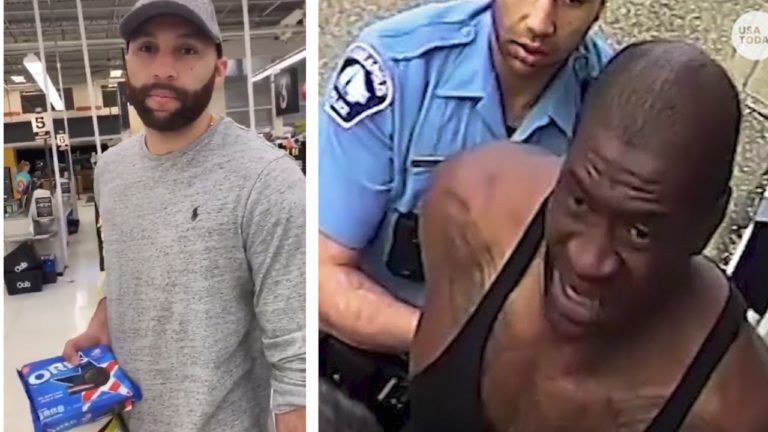 Previous reports show that J. Alexander Kueng, was the second of the four officers charged in the George Floyd murder case to make to be released from jail by bailing.

He was spotted shopping over the weekend at a local Cub Foods in Minnesota and he was confronted by another shopper who noticed him. Like many other people following the death of Floyd, the shopper angrily stopped him, and he let her know that he was definitely who she thought he was.

Kueng said that he wouldn’t consider his trip to the store comfortably shopping, but he was picking up some necessities. However, the woman who stopped him continued to shame him for comfortably shopping as if he was not one of the people responsible for Floyd’s death.

The woman continued to follow him as he approached the check-out line, and she eventually caught the attention of other shoppers as she let them know he was one of the officers charged for Floyd’s death.

Kueng walked out of the Hennepin County Jail Friday night after meeting his bail, which was set at $750,000. He is the second officer to be released from jail after making bail. Thomas Lane was also released earlier this month, and Tou Thao, who is still behind bars, is awaiting $750,000 bail.

Derek Chauvin, who was the officer seen on video kneeling on Floyd’s neck, had his bail set at $1.25 million.