The company also some of its new features, although the final version of the OS won’t be available until September.

Apple unveiled its latest operating system, iOS 14, during the company’s online-only Worldwide Developer Conference (WWDC). The company also shared some of its new features, although the final version of the OS won’t be available until September.

Now, you will be able to pin your conversations at the top on iMessage. You can also reply directly to a specific message that can be viewed as threads in groups. Apple also introduced Mentions, where you directly type in their name and they’ll be notified specifically. In addition to that, you’ll also be able to customize the group photo at the top and see group members’ photo around it. Apple has also added new Memoji features including a face mask and a few new sticker options.

iOS 14 also provides a better way to organize the Home screen. With “App Library,” which will be at the end of all of your pages on the home screen, will automatically organizes your apps into categories. Within the library, there will be a search field, a suggestions box (which surfaces the apps you use most), and Recently added boxes, Mashable notes.

On top of those features, Siri will also have a new app called Translate where you can translate your text and voice between any combination of languages, whether it’s English, Spanish, Russian, and more. 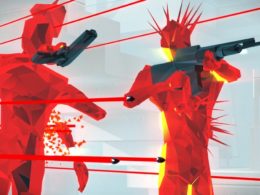 Live streaming funeral services provides those who are unable to travel the opportunity to pay they respects to loved ones from home.
byJonah Carte