In a long legal battle, Led Zeppelin have been involved over copyright infringement.
Now, after many years they can lastly lay the accusations to rest. ’60s LA band Spirit claimed Led Zeppelin ripped their most prevalent song “Stairway To Heaven” off one of their own, the instrumental track “Taurus.”

Spirit’s Randy Wolf penned “Taurus” in 1967, four years before Zeppelin recorded “Stairway To Heaven.” The two bands had played many shows together between that time, and Jimmy Page even acknowledged that Spirit’s song was in his record collection, but he was dubious to any accusation of plagiarism.

Wolfe’s estate filed the original copyright lawsuit back in 2014, and it has since moved between courts. A jury sided with Zeppelin on the original case, but it was eventually overturned after a panel of appellate justices decided the jurors should have been able to hear Spirit’s song in court.

Back in March, the case moved on to the Ninth Circuit Court, which upheld the court’s original ruling in favor of Zeppelin. But it didn’t end there. The case eventually went to the Supreme Court, who, according to Bloomberg Law, recently refused to hear the case. Because of the Supreme Court’s dismissal, the Ninth Circuit Court’s ruling still stands, meaning Zeppelin officially won the case.

We got a chance to sit down with actor Bret Green and he explains how he left the corporate world to now appear on hit series 'The Inspectors", which season 2 premieres on CBS, October 1st.
byChristina Jeter 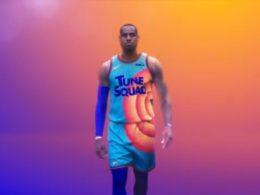