Bautista is one of many MCU actors who’ve come out in support of Biden — although not everyone has joined in the fun.

President Donald Trump isn’t quite the business genius he claims to be which he tries to play one on TV. These comes after recent exposés by The New York Times have confirmed what many have long ago suspected. The same goes for his tough guy image.

Even make videos that portray him as strong, he sure likes to portray it so much. However, actual tough guy Dave Bautista isn’t sold to his antics as seen in a new video, in which he endorses Trump’s presidential rival, Joe Biden, to which he calls “bull.”

The wrestler-turned-actor — and, as nice guy hulk Drax the Destroyer, arguably the most fun member of the Guardians of the Galaxy team — took to Instagram to implore people to not only vote, but to vote against the man who be a lot tougher if he actually took the pandemic seriously.

“We talk about the differences between being tough and someone who portrays himself as a tough guy,” Bautista said.

Bautista is one of many MCU actors who’ve come out in support of Biden — although not everyone has joined in the fun. But hey, if you can get Drax and Bruce Banner to team up to defeat a foe who’s let a ton of people die on his watch, you know we’re in good hands.

Can Michelle Obama Achieve What Hillary Clinton Couldn’t, in 2020?

The Ninth Circuit Court of Appeals in California has ruled Proposition 8 to be unconstitutional.
byAdam Croan

Sarah Palin is desperately trying to stop "The Rogue" from airing any more of her dirty laundry.
by 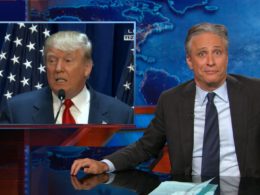 The Treasury Department has been withholding these funds for some unknown reason.
byBien Luigi