“Who in the heck cares if he gets it or not?” asks one while another questioned how he could eat a McRib from McDonald’s but raise concerns with the vaccine.

With the coronavirus vaccine upcoming, Offset isn’t entirely on board with it.

Recently stopped questioned about the new medical development, the rapper was among the skeptics. Even if, say that everyone takes it, would give people the immunity to getting life back to normal. Offset is saying he “doesn’t trust” it.

Saying that treatment would be prioritized to the upper class as opposed to the general public was also some of his concerns. All of this caused people on Twitter to weigh in on the rapper’s comments.

“Who in the heck cares if he gets it or not?” asks one while another questioned how he could eat a McRib from McDonald’s but raise concerns with the vaccine.

“Why you would even ask him is beyond me,” another wrote. “I want to know wtf gets their medical advice from Offset?”

On the other hand, some seemed to agree with Offset or they at least understood his fears with the virus. One responded to the rapper’s comments on Twitter and said, “I hear ya offset” and another said, “Same bro I’m let y’all be the test dummies.” A third comment simply said, “I agree with him” with a laughing emoji.

NEW FALL TV: The Good, The Not Bad, and The Not Even Worthy Of Hate-Watching

Now that we are three weeks into the new fall television schedule, what shows should you watch, DVR, or skip altogether?
byCourtney Robinson 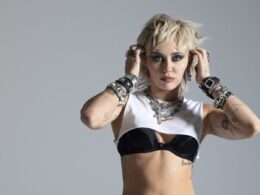 As shoppers go looking to purchase it that day were unable to find it, those who ordered a copy to be shipped to them similarly faced delays.
byBien Luigi

Did Fantasia really try to commit suicide? Was this just an act for her reality TV Showso?  Why…
byBrennen Jones