The Jobs Act is expected to create approximately 2 Million jobs in 2012. This Jobs Bill is reported to cost $447 Billion that would cover tax cuts, repairing of infrastructures and schools, local government assistance and aid and direct local government spending to help prevent laying off or unemployment of teachers, policemen, firefighters, among others.

Weave Thieves Getting Too Hair Crazy in Atlanta

The presidential race for 2016 is heating up. This election is on pace to be the costliest of all time. Relatively few donors are contributing large amounts in order to protect their interests. Will it work?
byMatthew Rash 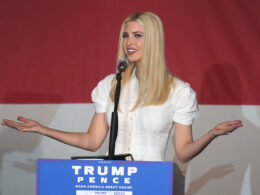 The media being “FAKE NEWS” is one of the more toxic beliefs that the Trump clan and their hangers-on have preached over the last four years.
byBien Luigi