How they will enforce such a regulation once they do begin enforcement is anyone’s guess.

“Today really is a milestone in the advance of health and safety for these adult filmmakers,” said Ged Kenslea, spokesman for the AIDS Healthcare Foundation, which lobbied for years for the measure.

Until then, it’s unclear whether police or health officials will start showing up at shoots. On Monday, city attorney spokesman Frank Mateljan said he didn’t know the status of enforcement.

The question is whether smaller companies, in which only a handful of people show up at a house, usually in the city’s San Fernando Valley, quickly make a movie in a day or two and then move on, will pay any attention.

The head of one of the industry’s largest filmmakers said he hadn’t been approached about working out how the ordinance would work and how the city would deal with violators.

“We assumed we would be approached but we have not been,” said Steven Hirsch, chief executive and co-founder of the Vivid Entertainment Group. Hirsch said about 90 percent of Vivid’s film shoots are conducted either in its own studio or outside the city.

But he quickly added that his company would immediately begin complying with the law and require that actors use condoms on any film shoots taking place outside a studio in Los Angeles.

“Just because they don’t take out permits does not mean there shouldn’t be regulations,” he said.

When it comes to enforcement, Kenslea said, his organization is pushing for the city to use health care professionals, perhaps from a nursing agency, to conduct spot checks. The cost of the inspections would be paid out of fees the filmmakers would pay when applying for permits. The foundation has proposed a fee of $50 to $75.

Filmmakers who are caught violating the requirement would be refused future permits.

Meanwhile, his group is trying to get a measure on the November ballot that would require that Los Angeles County adopt a similar but tougher measure mandating a health permit similar to the ones for nail and hair salons. Such an ordinance would cover more than 80 other cities that fall within the county.

Some have threatened to leave the city, taking what they say is an $8 billion-a-year business.

Kenslea dismissed that as a “hollow threat.”

“The industry is too entrenched here,” he said, noting that Vivid, Larry Flynt and other prominent filmmakers are all based in the city and so are the industry’s actors and behind-the-scenes people.

The mayor of Simi Valley, located about a 10-minute drive from the west San Fernando Valley, where most of the films are made, has proposed an even tougher ordinance than the one in Los Angeles. It is expected to come up for a vote of the City Council within a few weeks.

“The primary purpose here is it’s a health and safety issue. And secondarily, we don’t want them here,” Mayor Bob Huber said of his city of 125,000 residents. “This is a family-oriented community and we don’t want them setting up their studios in Simi Valley.”

Highlight: Would You Use This Creepy Location Tracking App? 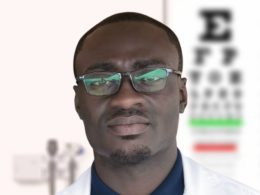 5 Things You Should Do Before 65

For more than a century, 65 has been considered the official age for retirement.
byTUT Staff

Back Pain: Does Gender Play a Role?

Everyone knows that men and women experience emotions and life differently. But, when it comes to back pain,…
byJonah Carte

While it may not be the main way the virus spreads, the CDC made it clear that it is possible to get the coronavirus from touching an infected surface and then touching your mouth, nose or eyes.
byBien Luigi