Starting at 7 am on Friday, October 21, 2016, many major websites were blocked from some Internet users accessing them because of a major online cyber attack all day Friday starting early in the morning. Some of these major websites that many people weren’t able to access included Paypal, Twitter, Spotify, Netflix, Tumblr, Reddit, and more. Either people would have trouble accessing these sites where they would load really slowly, or a DNS error would come up and they wouldn’t be able to access these sites at all.

According to the New York Times, DYN, which is the company that its servers reroute and monitor website traffic, said it started experiencing problems with rerouting traffic online early this morning at about 7 am. They also reported that the online cyber attack started on the East Coast but spread westward throughout the day.

Also, what is worse about this online cyber attack is that not only did it keep people from accessing major websites but it also infested connected cameras and other Internet-connected devices. It even spread to the Internet routers and literally anything connected online.

USA Today reported that the hackers used a malicious program called Mirai. Mirai was found on the underground dark web that allows even the most unskilled person to access it and use it to hack into anything they want to even if they don’t know what they are doing. This is what makes it so scary!

This program called Marai is able to access anything connected to the Internet and cause a denial of service. So, when you got a DNS error on Friday, this means that this was the act of the Cyber attack.

Did you get any DNS errors online today? Sound off with your opinion on this in the comments below! 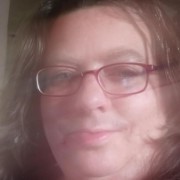 FBI Arrest 3 White Men Planning To Bomb Somali Families In Kansas. Why Don’t We Hear More About These Domestic Terrorist?