Ohio Coroner Has Processed Over 150 Opioid Related Deaths So Far in 2017.

One Ohio coroner's office has processed over 150 opioid related deaths in 2017 already. Is this really an issue we can continue avoid as a nation?

It sounds farfetched, but it’s true that in one Ohio county, the coroner has run out of space for the remains of overdose victims. It’s only the second week of February and a coroner in Dayton Ohio has already processed more than 150 bodies of people who have died from opioid overdoses in 2017. Overdose deaths currently make up 60% of the cases on the medical examiner’s office January case load.

The Montgomery County Coroner’s Office has had to ask a local funeral parlor to take in an overflow of bodies. It’s the first time anything like this has happened in the county, the number of opioid deaths underscores the harrowing problem of opioid addiction in America.

“We’re running at full capacity,” Kenneth M. Betz, director of the coroner’s office said in a phone interview. “We’ve never experienced this volume of accidental drug overdoses in our history. We now call funeral homes immediately” to ask if there is space available, he added.

In 2015, the Montgomery County Coroner’s Office processed 259 overdose deaths, in 2016 the county had reached those numbers before fall set in. The current numbers coming in so early in the year almost assure that the opioid overdose deaths will more than double in 2017. Ohio is not having a problem in this one county, in 2015 there were over 3,300 reported deaths caused by accidental overdoses in the state. The Montgomery County Coroner’s Office is not even the hardest hit county in Ohio. In 2016, in Cuyahoga county there were 517 deaths found to be related to opioids. In fact, in Ohio, there are more accidental deaths attributed to opioid abuse than car crashes. Can you imagine? 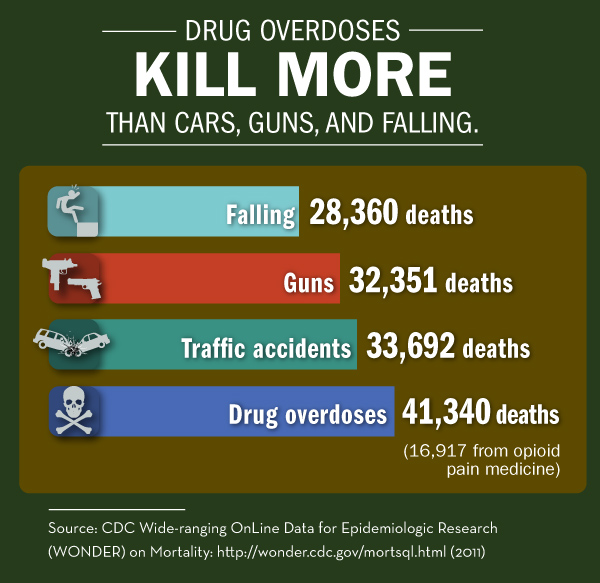 Amid growing numbers of fentanyl related deaths, Los Angeles County Medical Examiner-Coroner Mark Fajardo announced his resignation in March of 2016. He claimed that understaffing left him unable to handle the backlog and overflow of bodies stacked up waiting to be autopsied.

The death spike puts more than the community at risk, it places each county with elevated opioid deaths, medical examiner and/or coroner’s office at risk. According to the National Association of Medical Examiners’ accrediting program a medical examiner’s office is not allowed to do more than 325 autopsies per year.

In June of 2016, a similar problem arose in Hartford, Connecticut. The Connecticut medical examiner found that the coroner’s office was so close to capacity at times that he considered renting a refrigerator truck to store remains. At the same time it was found that the Milwaukee County medical examiner’s office often ran out of gurneys and had to store bodies on army style cots in a refrigerated area. In Cincinnati, the Hamilton County coroner’s office was backlogged 100 days, largely due to overdose deaths. That was last summer and it was barely talked about as a national epidemic.

Society and the government seem so reluctant to talk about how many people are dying from opioid addiction and abuse in America, especially rural counties and communities. In 2015 there were nearly 40,000 opioid related deaths reported in the United States. Is this really an issue we can continue to not talk about publicly as a nation?

Life-Saving COVID Tests Freely Delivered By Postal To You