Iran says the individuals responsible face “murder and terrorism charges,” with prosecuting Trump in particular is the highest priority.

With his role in ordering drone strikes that killed an Iranian general as he was visiting Baghdad in neighboring Iraq earlier this year, Iran is seeking to arrest President Donald Trump.

A prosecutor in the Iranian capital of Tehran, Ali Alqasimehr, alleged that Trump and 35 others were responsible in initiating the January 3 drone strikes that caused in the death of several officials of Iranian-backed Iraqi militias including Gen. Qassem Soleimani.

While the names of the others deemed responsible for Soleimani’s death have not been released, Alqasimehr told the state-run Iranian news agency IRNA that prosecuting Trump in particular is the highest priority, and that officials will continue to pursue his prosecution even after his presidential term ends.

Iran has also requested the help of Interpol in arresting the individuals. Specifically, Iran requested that a “red notice” — the highest-level notice issued by Interpol — be issued for Trump and the others involved. Such a notice would enable local officials to arrest the suspect on behalf of the country seeking that requested it. However, the international intergovernmental crime-fighting organization said in a statement that it “would not consider requests of this nature.” It explained that it was not in accordance with its rules and constitution, which states “it is strictly forbidden for the organization to undertake any intervention or activities of a political, military, religious or racial character.”

U.S. officials brushed off the gesture by Iran. Brian Hook, a U.S. special representative for Iran, said the move was nothing more than a “political stunt,” at a Monday morning news conference. He also called the move, “propaganda.”

Trump ordered a drone strike to target Soleimani, who commanded Iran’s Revolutionary Guard’s expeditionary Quds force, as he left Baghdad International Airport on Jan. 3. He then justified the strike, which killed five others, by asserting he did so to prevent an imminent attack. However, administration officials later back-pedaled on this claim and instead highlighted Soleimani’s track record of dangerous behavior to justify the assassination. Tensions between Iran and the United States grew, and the Middle Eastern nation responded by ordering rocket strikes against two U.S. military bases in Iraq on Jan. 7. Those strikes resulted in no deaths.

Soleimani had what’s been described as a cult following among many Iranian citizens. His death sparked widespread outrage in the Persian, and Iran launched an intense propaganda campaign following his death but did little to escalate the tense situation after the Jan. 7 rocket strikes in the U.S. bases in Iraq. 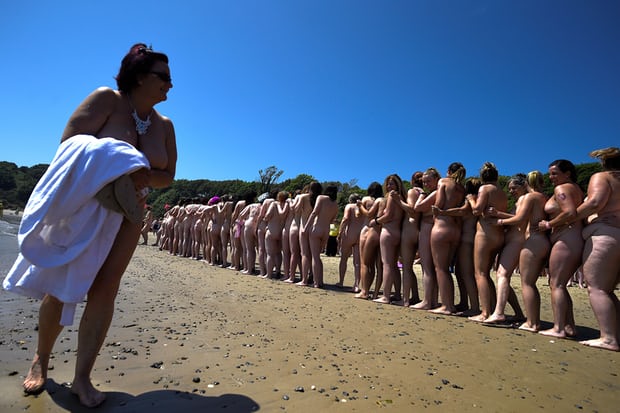 More than 2,500 women shed their clothes and inhibitions in cold water outside Dublin Saturday, smashing the previous world record. The charity event raised money for a childhood cancer fund in Ireland.
byMatt Stebbins