Not only decked out in full Trump attire, he was also not wearing a mask at any point during the verbal altercation.

Tensions are still high, even if the 2020 election is over,  between Trump supporters and Trump protestors.

And now, a recent incident certainly went too far.

A Virginia Trump supporter was recently charged with assault. This was because of intentionally blowing in a woman’s face during a fiery political argument, despite the rising cases of COVID-19.

Raymond Deskins, 61, was officially charged with assault after a video of him blowing in a woman’s face went viral on social media. The incident took place in front of the Trump National Golf Club in Virginia while the woman and her friend were protesting Trump.

Deskins was not only decked out in full Trump attire, he was also not wearing a mask at any point during the verbal altercation.

The woman can be heard telling Deskins in the video, “Get away from me, get away. You are in my face and you don’t have a mask, so you need to back off.” He then takes a deep breath of air and exhales directly in her face.

The woman, identified as Kathy Beynette, tells Deskins “That’s assault” and he responds, saying “I breathed on you … now call the cops and ask them to come get me.”

The Loudoun County Sheriff’s Office released an update confirming Deskins assault charge. “This afternoon our deputies served a warrant obtained by a citizen through a Loudoun County Magistrate. Raymond Deskins, age 61, of Sterling, VA, was charged with simple assault (misdemeanor) and released on a summons.”

She was also interviewed by a local media outlet and elaborated on the situation. “The incident itself came so out of nowhere that it was shocking. It’s women asking a man with a toy around his waist and no mask to leave us alone,” she said.

Glenn Beck is making headlines again after urging a gathering of conservatives to try to understand the Black Lives Matter movement.
byNicholas M 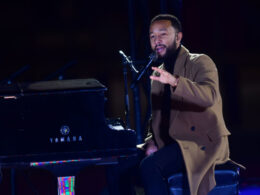 Legend then gathered the rappers. “Some of your former favorite rappers have been taken in by these lies."
byBien Luigi 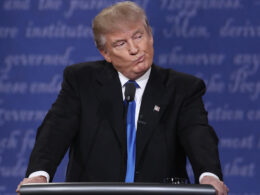 There’s a lot of people who have been waiting over four years for this to happen.
byBien Luigi

The former President will be giving his "most important speech" since leaving the White House.
byTUT Staff