Apple may be the kings of gadget disruption but Google are the kings of software disruption. The latest twist in the Android versus Apple iOS seems to be taking quite an interesting angle. Google realized they were miles behind Apple in terms of a credible and attractive mobile operating system so they bought Android and put it out there to flourish. Now, I don’t know whether it was by design or by a sheer stroke of luck but something is happening that is seeing more and more app developers move camp to Android. It first started with a free for all Android market; create an app and have it listed on the Android app market. On the other hand, Apple were carefully guarding their App Store. So it may have been true that Apple apps were higher quality and represented the sort of apps smartphone users would prefer but maybe Google were just looking for traction and numbers.

This seems to have only been a means to an end for Google and their Ace seems to be beginning to show with the recent launch of the Amazon Kindle Fire that runs Android which will have a vetted app market, a departure from the free-for-all mainstream Android app market. It’s emerging that in as much as Google created a free-for-all market for Android apps, they still had a game plan for an assault on Apple’s app market.

All that was missing was a credible and high-stakes hardware partner to take the fight to the competition and Google found a willing partner in Amazon. With a tablet that may somehow rival the iPad, Google now have a launchpad to create a highly vetted app market and it seems developers are liking the new jive because quite a number are submitting their apps for vetting. This is shown in a recent IDC survey that collected responses from over 2000 developers worldwide wher the developers were asked which Android tablets they preferred to develop apps for. The Amazon Kindle Fire came in second to the Samsung Galaxy Tab.

These subtle but emerging angles are important flags that indicate the strategy Google are beginning to adopt for their Android operating system. Whereas Apple have the luxury of building their own hardware, Google is banking on building a whole armoury of Android-run tablet devices from various hardware manufactures and using this arsenal to take on the giant that is Apple.

The overarching reality is that whereas Apple is interested in device and app sales, Google is more interested in advertising real estate and the more real estate they can create, the more money that will make. These may be separate niches for both Apple and Google, but the broad reality is that they are both competing for the same customers, albeit with different monetization intentions. One unlikely winner in this OS turf war is Amazon, who always seem to find a way to derive value from other companies’ efforts. No wonder Jeff Bezos is referred to as the King of the Internet.

Is Occupy Wall Street Turning Into A Class War?

Shots Fired at the White House and Cracks Window

We've compiled this list of the latest gadgets and gear every technology junkie needs to know about.
byTUT Staff 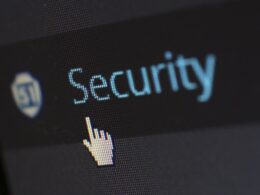 When it comes to cybersecurity, a social engineering attack refers to any kind of malicious activity that involves…
byTUT Staff

Yahoo plans to terminate 50 services it says are not adding much to the bottom line.
byDaniel Mbure

Seed to Sale Software Vs. Cannabis ERP System: What are the Differences?

Software solutions are now an integral part of every business, but some of them offer more than just…
byTUT Staff